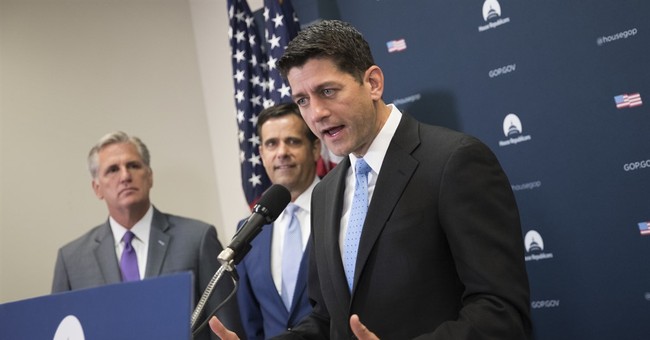 President Trump's Thursday morning tweets have top Republicans pleading with him (again) to step away from the computer. In a pair of insult-heavy tweets, the president attacked MSNBC's "Morning Joe" hosts Joe Scarborough and Mika Brzezinski as "Psycho" and "Crazy," while also targeting Brzezinski's IQ and appearance.

The insults were reminiscent of Trump's treatment of Fox News anchor Megyn Kelly in the 2016 Republican primary. He didn't seem to like Kelly's question about past comments he had made about female figures, and he later made the infamous comment that he could see "blood coming out of her eyes - blood coming out of her wherever."

He was roundly criticized for that remark and now finds himself in a similar situation. House Speaker Paul Ryan was one of the first GOP lawmakers to vigorously shake his head at the president's behavior toward the "Morning Joe" anchors.

"Obviously, I don't see this as an appropriate comment," Ryan said on Capitol Hill Thursday. "What we are trying to do around here is improve the tone and civility of the debate and this obviously doesn't do that."

On the President's tweets this morning ? pic.twitter.com/tJJqsV8KCb

Please just stop. This isn't normal and it's beneath the dignity of your office.