US Shoots Down Iranian Drone in Syria 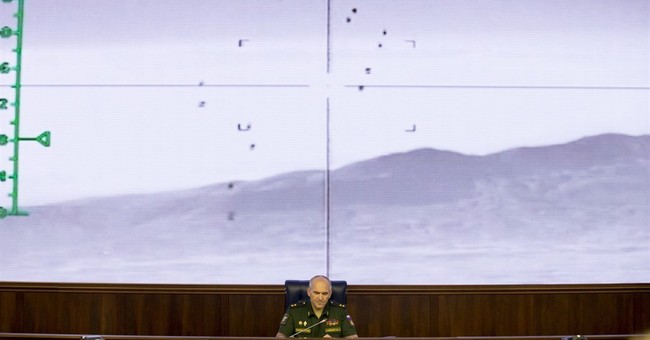 For the second time in a month, a U.S Air Force F-15 has downed an Iranian drone after it flew too close to U.S.-backed forces in southern Syria.

This is the fifth time the U.S. has been forced to target Assad-backed forces. While the U.S.-led coalition says it is focused on fighting the Islamic State, it will nevertheless respond when they feel threatened by the Syrian regime.

Two days after U.S. forces shot down a Syrian fighter jet that appeared to pose a threat to the coalition, armed Russian fighters harassed a U.S. Air Force reconnaissance aircraft in the Baltic Sea on Tuesday, flying within a mere five feet of the aircraft.

As a result of Sunday's incident, the Russian Defense Ministry insisted it had done away with the "hotline" between Russia and the U.S. to prevent conflicts. Chairman of the Joint Chiefs Gen. Joseph F. Dunford, Jr., in a conversation at the National Press Club in Washington, D.C. said that was not true. He also noted the shoot down of the Syrian jet was legal under the 2001 authorization Congress passed for the U.S. military to target al Qaeda.