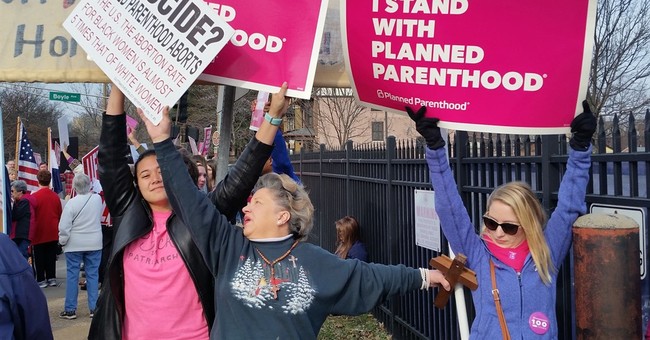 President Trump has offered an ultimatum to Planned Parenthood. In a new statement to The New York Times, Trump informed the organization that they can keep their taxpayer funding - if they cease to do abortions.

“As I said throughout the campaign, I am pro-life and I am deeply committed to investing in women’s health and plan to significantly increase federal funding in support of nonabortion services such as cancer screenings,” he said. “Polling shows the majority of Americans oppose public funding for abortion, even those who identify as pro-choice. There is an opportunity for organizations to continue the important work they do in support of women’s health, while not providing abortion services.”

Trump made similar statements during his presidential campaign last year. While he was uncomfortable with Planned Parenthood's obsession with abortion, Trump frustrated conservatives when he noted Planned Parenthood does "very good work" for millions of women.

Congressional conservatives have urged the defunding of Planned Parenthood after a series of scandals exposed the organization as a greedy, inhumane organization. For instance, the Center for Medical Progress conducted an undercover investigation in which they discovered employees negotiating the sale of fetal body parts. Meanwhile, the pro-life group Live Action learned that employees were sometimes provided abortions quotas to fill. Actual health care be damned.

In case you were wondering, Planned Parenthood did not accept Trump's offer.

Planned Parenthood says it was offered $ by Trump "to abandon" patients. Not a deal "we will ever accept" @maggieNYT https://t.co/1ssKZQ7Oei