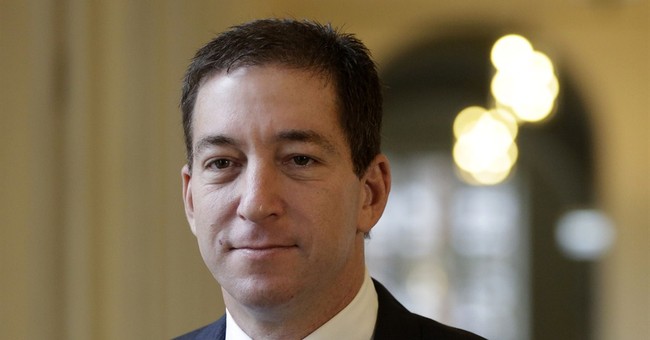 Believe it or not the war between the White House and the Fourth Estate did not begin with the Trump administration, at least according to journalist Glenn Greenwald. The current editor-in-chief for The Intercept who gained recognition for his series on Edward Snowden's NSA files in The Guardian, says the bitterness the media feels toward 1600 Pennsylvania Avenue began during President Obama's tenure.

“If you look at the last eight years, there has been a very concerted war on not just sources and whistleblowers, but also journalists, implemented by not Donald Trump but by the Obama administration,” Greenwald said during an appearance on CNN’s "Reliable Sources" on Sunday.

During the Obama years, Greenwald explained, journalists like himself were working in fear, constantly bullied with threats of subpoenas. To put it in perspective, Greenwald explained that more sources were prosecuted under the 1917 Espionage Act under Obama than in all previous administrations combined.

Sure, Obama's press conferences may not have been as combative as Trump's have been with the press corps and Obama didn't tweet that the press is the enemy of the American people, but the statistics show his administration was anything but friendly to the media.

Trump may be blunt, but he at least answers questions.

Female UPenn Swimmer: Lia Thomas ‘Was Not Even Close’ to Being Competitive as a Male
Madeline Leesman