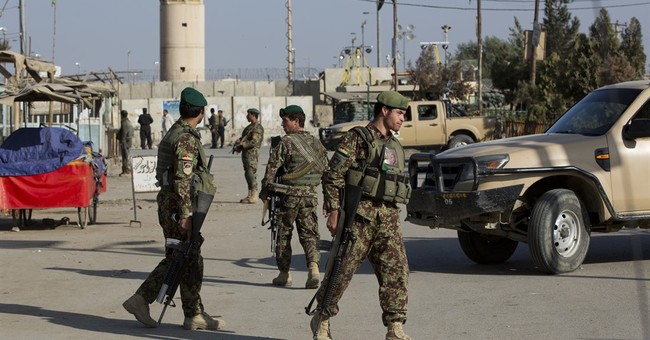 On Saturday, a Taliban insurgent managed to get past security at Bagram Air Base in Kabul, Afghanistan, set off a bomb and kill four Americans, including two soldiers and two contractors, and injure 16 others.

As a result of this terrifying and baffling breach in security, the U.S. embassy is temporarily closed.

The U.S. Embassy in Afghanistan has closed following deadly insurgent attacks on a German Consulate and an American military base.

In a statement late Saturday, the embassy says it will be "closed for routine services" Sunday "as a temporary precautionary measure.

The Associated Press called it an "unusual decision," but one the embassy felt compelled to make. Defense Secretary Ashton Carter said they will continue to investigate the tragedy and figure out how to prevent more in the future.

"For those who carried out this attack, my message is simple," he said. "We will not be deterred in our mission to protect our homeland and help Afghanistan secure its own future."