Trump: The Special Agents Won't Let Her Get Away With Her Crimes 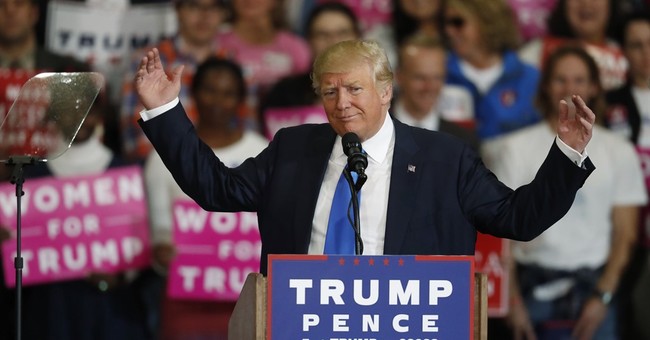 No indictment? No problem, Trump said at his rally Sunday night. He knows justice is coming for Hillary Clinton and she will have to answer for her email abuse and mishandling of national security intel when she was secretary of state.

Trump on Comey news: "The rank and file special agents at the FBI won't let her get away with her terrible crimes."—says HRC being protected pic.twitter.com/RqKd9rEtcb

The FBI announced it was resurrecting the investigation into Clinton's use of a private email server during her time at the State Department just last week. How, Trump wondered, could the FBI have reviewed 650,000 in a day and already have reached a conclusion? It only proves that she is being "protected by a rigged system," he told his audience.

She may have escaped criminal charges twice now, but "Hillary Clinton is guilty" and everyone knows it, Trump said. That's why he's confident justice will at least come on November 8, when voters reject her at the ballot box.

Milley Details Nancy Pelosi's Attempt to Take Over the Chain-of-Command
Katie Pavlich
The Marine Who Called for Afghanistan Accountability Has Been Thrown in Prison
Katie Pavlich
Are We Shocked That This Happened to Liz Cheney?
Matt Vespa
ACLU Apologizes for Editing RBG Quote...But Has a Strange Excuse for Why It Did
Leah Barkoukis