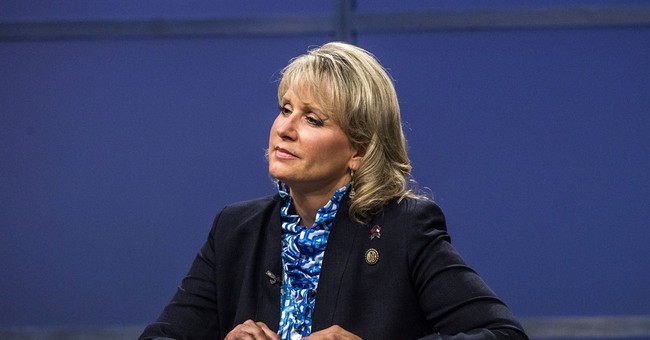 As the media couldn't help pointing out, Ellmers lost despite being the only congressman endorsed by GOP presumptive nominee Donald Trump.

The controversial GOP nominee may not be the only reason for her defeat, however. Ellmers lost the support of the pro-life movement in her state after backpedaling on the Pain Capable Unborn Child Protection Act last year. The pro-life group Susan B. Anthony List endorsed Holding over her and even created a website called dumpEllmers.com. In an emailed statement, they also noted that 37 percent of Ellmers supporters said they were less likely to vote for her because of her abandoning the pro-life effort on Capitol Hill. Her "betrayal of pro-lifers cost her critical support," the group concluded.

The group celebrated the "pro-life victory" after Tuesday's results.

“Susan B. Anthony List exists to support and amplify pro-life women’s voices. Rep. Renee Ellmers was our ally until she led the charge to derail the Pain-Capable Unborn Child Protection Act. That’s why we had to flex the political muscle of the pro-life movement,” said Marjorie Dannenfelser, SBA List president and a North Carolina native. “She has her own failed leadership to blame for this loss.”