Abortion Laws in Doubt: 23 Weeks is ‘The New 24’ in Terms of Survival 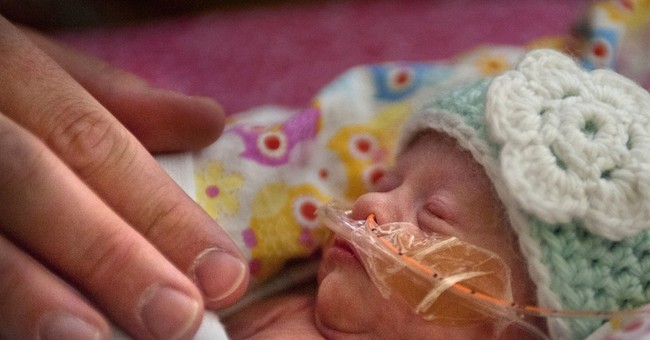 The current abortion law in England states that abortion can be carried out until the 24th week of pregnancy. New medical advances across the pond, however, prove that babies can survive outside the womb earlier than initially believed. The Daily Mail reports on what this could mean for national policy:

One top paediatrician says care for very premature babies has improved so significantly that at his hospital those born at 22 and 23 weeks are now more likely to live than die.

In light of this revelation, Dr. Martin Ward Platt, a consultant neonatologist at the Royal Victoria Infirmary in Newcastle, England, said more mothers are opting to carry their children to term:

“The conversations we are having with parents are very different from the ones we were having ten years ago. Twenty three [weeks] is in essence the new 24. Things have shifted so much that most parents tend to be up for saying, ‘let’s give it a go.’”

In addition to moms and dads, hospitals are also considering changing their policies on life. For instance, Croydon Health Services NHS Trust and Nottingham University Hospitals NHS Trust said they would resuscitate babies born at 22 weeks.

National statistics from 2011 show that 30 per cent of babies born at 23 weeks survived, reports the Mail. However, about 560 babies are aborted at 23 weeks’ gestation every year. Given these conflicting truths, pro-life groups and pro-life members of Parliament have called for stricter abortion regulations in hospitals, arguing that the current laws are outdated:

Tory MP Fiona Bruce, a member of the all-party parliamentary pro-life group, said: ‘If a baby is born alive, at however many weeks, every effort should be made to ensure that the baby lives. This should be the consistent approach across the country. Anything else is injustice.’

Medical and technological advances should be more than enough reason for England to change its abortion laws.