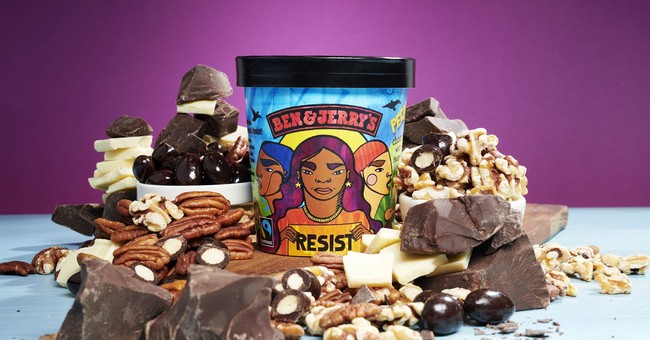 Well known ice cream brand Ben & Jerry’s called for the defunding of the police and the dismantling of the racist U.S. public health system in response to a Monday police shooting in Brooklyn Center, Minnesota.

Late Monday night the company tweeted about the shooting from their official Twitter account, professing serious yet unsubstantiated claims that “white supremacy” was the absolute cause of the shooting that left Daunte Wright dead.

“The murder of [Daunte Wright] is rooted in white supremacy and results from the intentional criminalization of Black and Brown communities,” said the company.

The tweet goes on to profess the unsalvageable nature of U.S. law enforcement institutions, stating, “This system can’t be reformed. It must be dismantled and a real system of public safety rebuilt from the ground up.”

The murder of #DaunteWright is rooted in white supremacy and results from the intentional criminalization of Black and Brown communities.

This system can’t be reformed.

It must be dismantled and a real system of public safety rebuilt from the ground up.#DefundThePolice

Ben and Jerry’s absolute condemnation of U.S. policing came only hours after Write, a 20 year-old black man, was shot and killed in an encounter with the Minnesota police. The incident remains under current investigation, but clearly, that has not kept genuinely interested, not to mention economically interested, parties from tweeting their personal and generalizing opinions.

The preliminary evidence we do know, low and behold, points toward the conclusion that the fatal encounter was in fact a terrible accident and not a willful act of racism.

Brooklyn Center Police Chief Tim Gannon explained that the routine traffic stop was escalated into a police involved shooting after officers completed a background check and found an outstanding warrant on Wright. At that time, the young man reportedly broke free from an officer and fled back to his car where he was shot by a second officer.

Chief Gannon went on to stress that according to his evaluation of the bodycam footage the shooting was an incident of “accidental discharge.”

According to multiple reports, Officer Potter, a 26-year police veteran, tragically mistook her service weapon for her taser when she shot Wright. An absolutely terrible event, yes, but evidence of the “white supremacy” inherent in policing? That seems unlikely.

Both Officer Potter and Chief Gannon have since resigned from the police force and on Wednesday, Officer Potter was charged with second degree manslaughter.

The tragic death of Wright is not the first time Ben & Jerry’s, the company known for its silly and extravagant flavors, has weighted into highly fraught political waters. In fact, the ice cream company has made a habit of making their political and social opinions known to the world.

They first announced their support for BLM in 2015 and have gone on to regularly publish articles on white supremacy, immigration, and other progressive topics. Last Juneteenth, the company signaled their support for defunding the police in a Instagram post depicting ice cream scoops being taken from the “US police budget” bowl and being given to bowls marked “Affordable Housing, ”Education,” “Job Training” and others.

At the end of the day, just as every individual has the right to express their own opinions, so too does every company. However, not all opinions are created equal and the espousing of uniformed opinion can be especially harmful.

The death of Daunte Wright is a tragedy, but mindlessly attributing the shooting to inherent “white supremacy” before the facts are known only serves to diminish the phrase’s meaning and the life of the young man.