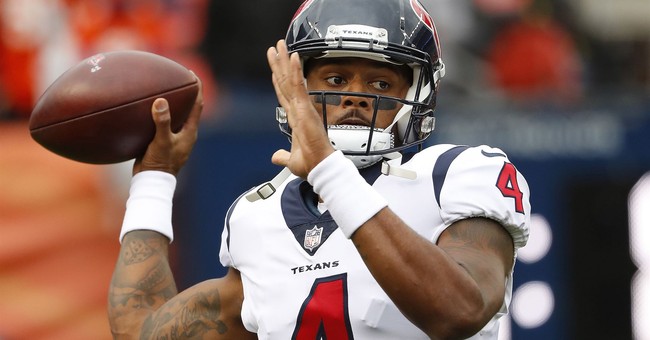 On Tuesday, two more women came forward claiming NFL quarterback Deshaun Watson inappropriately exposed himself, among other lewd acts, during professional encounters they had with the star. These latest alleged victims bring the total number of lawsuits against Watson to a whopping 16.

Responding to the latest lawsuits, Watson’s lawyer, Rusty Hardin, released a statement claiming that the allegations are “completely false” and asking the public for “fundamental fairness” going forward.

Deshaun Watson is now facing a total of 14 assault lawsuits. The total number of claims has also increased to 24.

All 16 of the women accusing Watson are represented by the same attorney, Anthony Buzbee, and each was employed as a licensed masseuse, spa worker or athletic trainer at the time of the alleged misconduct.

In his letter, Watson’s lawyer accuses Buzbee of purposefully trying the case in the court of public opinion in an effort to prematurely destroy Watson’s image.

According to Hardin, “opposing counsel [Buzbee] has orchestrated a circus like atmosphere by using social media to publicize 14 Jane Doe lawsuits. During the past seven days in a manner calculated to inflame the public and malign the Deshaun’s otherwise sterling reputation.”

The lawsuits were each brought by a “Jane Doe,” meaning Watson and his lawyer do not have access to the accuser's identity, a fairly common legal move meant to protect alleged victims from backlash.

In each of the cases, Watson is alleged to have exposed himself and either hinted or outright asked for sexual services.

After the first lawsuit was filed on March 16, Watson released a statement saying, "I have never treated any woman with anything other than the utmost respect."

Going forward, more lawsuits are likely to emerge as Buzbee has said he has investigators looking into upwards of two dozen allegations against the star.