Federal Judge On Obama's Immigration Program: "Can I Trust What The President Says?" 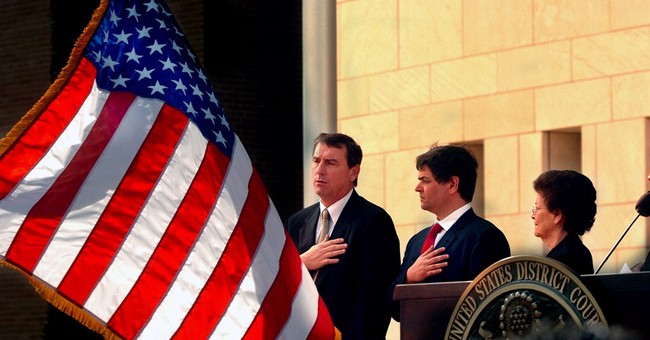 A federal judge pointedly asked Department of Justice lawyers Thursday if the court should still trust the Obama administration in light of false information it provided to the court.

Obama's 2012 DACA program grants certain benefits (including work permits, drivers licenses, and Social Security Numbers) to some illegal immigrants who came to the country before they were adults. But the work permits under Obama's DACA program were only good for two years.

But then, three weeks after Hanen issued his injunction stopping the DAPA program and DACA extension, DOJ notified Hanen that the Department of Homeland Security had issued over 100,000 three-year work permits under the new DACA guidelines.

"We strive to be as candid as possible," Hartnett told Hanen. "It truly became clear to us there was confusion on this point," she said.

"So you waited three weeks to tell me you were doing it?" Hanen responded.

The 26 states suing Obama to stop his DAPA program have asked Hanen to impose sanctions on Obama's DOJ for misleading the court and have asked for an order directing the DOJ to turn over more internal documents relating to the implementation of the program.

Judge Hanen gave the DOJ 48 hours to file a motion in response.