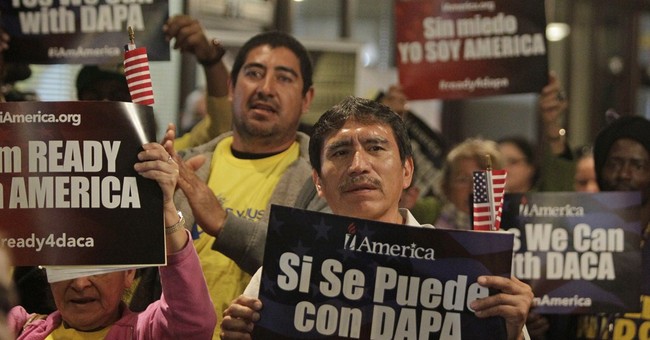 Asked, "Do you support or oppose the executive order issued by President Obama in 2014 allowing some undocumented immigrants to stay in the United States," 55 percent said they opposed Obama's policy and just 40 percent said they supported it.

Obama received poor marks from voters on a variety of issues beyond immigration, including a 35 - 55 percent negative rating on foreign policy, 39 - 54 on terrorism, and 35 - 55 on the Islamic State. Also, more Americans, 31 percent, say Obama's policies have hurt their personal financial situation, than say Obama has helped them, just 20 percent. Almost half, 48 percent, say Obama's policies has had no effect on their economic condition.

The poll was conducted from February 26 to March 2, and had a sample of 1,286 registered voters nationwide.