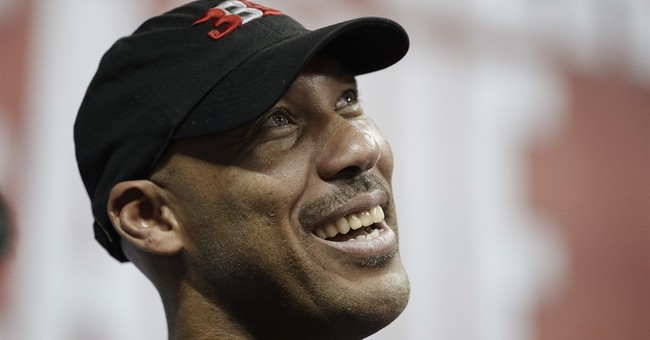 Media personality LaVar Ball, whose son LiAngelo was one of the three UCLA basketball players who were briefly detained in China, has been in a bit of a feud with President Donald Trump since his son's release from China.

Last month, Trump tweeted a response to LaVar, saying he was "unaccepting" of his work to ensure his son's release and that he should have let them stay in prison.

A few days later, Trump reiterated his point after LaVar made additional comments.

It wasn’t the White House, it wasn’t the State Department, it wasn’t father LaVar’s so-called people on the ground in China that got his son out of a long term prison sentence - IT WAS ME. Too bad! LaVar is just a poor man’s version of Don King, but without the hair. Just think..

...LaVar, you could have spent the next 5 to 10 years during Thanksgiving with your son in China, but no NBA contract to support you. But remember LaVar, shoplifting is NOT a little thing. It’s a really big deal, especially in China. Ungrateful fool!

Eventually, things settled down. Until Thursday, when LaVar tweeted a gif of himself posterizing the president, who then tweets about the moment.

Thankfully, Trump has not yet responded to this tweet.