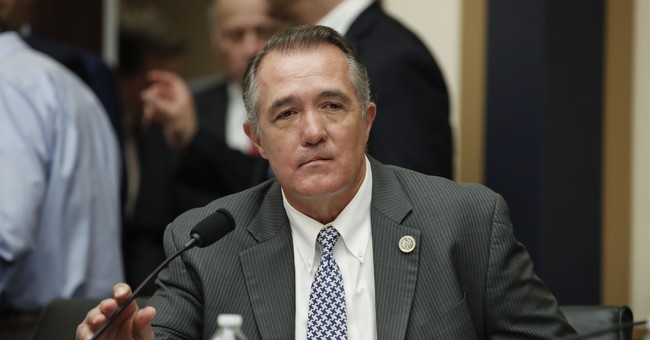 Yesterday, Lauretta and I reported on how Rep. Trent Franks (R-AZ) was going to resign from Congress. On Thursday afternoon, Roll Call wrote about how his resignation was "coming," and later that evening, he announced that he would be stepping down from Congress on January 31 after admitting that he acted inappropriately with some of his staffers.

Now, the timetable has changed: Franks announced on Friday that he would be resigning that day, rather than waiting until the end of January. Franks said that his wife was in the hospital for an "ongoing ailment," and that this sped up the timetable.

“Last night, my wife was admitted to the hospital in Washington, D.C. due to an ongoing ailment. After discussing options with my family, we came to the conclusion that the best thing for our family now would be for tender my previous resignation effective today, December 8th, 2017.”

However, there may be more to this. Shortly after news of Franks' resignation broke, POLITICO's Jake Sherman announced that there would be a story dropping on Franks "shortly."

we have a new story on Trent Franks coming out shortly.