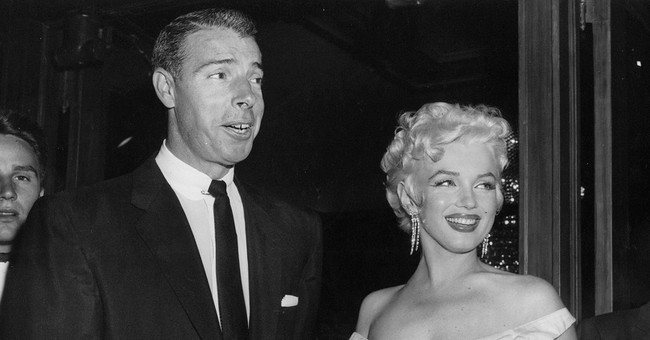 A post highlighting the disturbing significance of Playboy founder Hugh Hefner's final resting place went viral on Facebook over the weekend. Hefner, who passed away at the age of 91 on at his home on Wednesday, will be buried next to actress and model Marilyn Monroe. Hefner purchased the grave in 1992 and was buried on Monday.

The post, written by Sarah Vaughn Patzel and shared by pro-life feminist group New Wave Feminists, tells the story of how Hefner purchased nude photos of Monroe from early in her career (that she attempted to distance herself from) and featured them on the cover of the first issue of Playboy without notifying or compensating her for the images. Hefner and Monroe never met. Monroe passed away, likely from suicide, in 1962, at the age of 36.

This is Marilyn Monroe.

Maybe you've heard of her or seen other pictures?

She was a human being.

She was born the same year as 91-year-old Hugh Hefner who died this week.

She married at 16 years old to escape the foster care system. A few years later, while trying to break into modeling and acting, she posed for some nude calendar photos to earn some food money. She was paid $50 to take her clothes off and smile.

She used a fake name to try and distance herself from the photos.

"I don't know why, except I may have wanted to protect myself. I was nervous, embarrassed, even ashamed of what I had done, and I didn't want my name to appear on the model release."

A few years later she was given her big break and started playing eye candy in motion pictures. Hugh Hefner was building his brand. When he decided to start his "gentleman's magazine," Marilyn Monroe had become a household name. Hefner bought the rights to her earlier shots from the girlie calendar people for $500.

Without asking the actress, Hugh Hefner put her on the cover of his first issue which read "First time in any magazine, FULL COLOR, the famous Marilyn Monroe NUDE."

When asked about it, Monroe had this to say:

"I never even received a thank-you from all those who made millions off a nude Marilyn photograph. I even had to buy a copy of the magazine to see myself in it."

The system did its work on Marilyn Monroe, and she died at age 36 after being digested by the culture that consumed her. She died with money but not a lot. More money has been made by her brand since her death; even today you can see Monroe products being hawked.

Then in 1992 the grave next to Marilyn came up for sale, and Hefner purchased it for himself, gloating in the status that he would be her eternal bedmate.

Fifty-five years dead, and now the Playboy is about to pull up the sheets of her tomb and crawl on in.

She never consented to anything, from nude photos in Playboy to eternal bedfellows, because he never asked; he never even said hello.

The woman who looked her whole life for love . . . ends up with Hef. The man who spent his whole life ignoring the humanity of women and having his way ends up lauded a civil rights hero.

I don't know that any story defines this a**hole more than this one.

In a world where we saw a bizarrely high number of fawning tributes (from both the left and the right) to the world's most prominent pornographer, it's important for people to be reminded that his behavior was utterly disgraceful. Marilyn Monroe was a human being, and deserved to be treated as such, regardless of some of her early career choices. Hefner did nothing of the sort, and saw her as a piece of meat to be sold for the pleasure of others. That's despicable, and I'm glad someone is saying something about it.