This Donald Trump Tweet About Anthony Weiner Was Oddly Prophetic 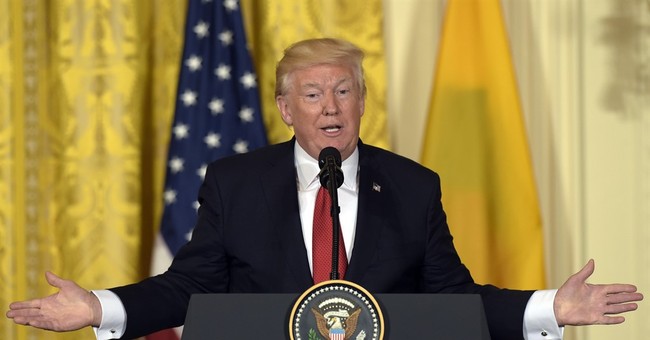 Cortney wrote earlier today about how former Rep. Anthony Weiner (D-NY) plead guilty to sexting a 15-year-old girl. He faces between 21 and 27 months in prison and will have to register as a sex offender.

Weiner's conviction marks the last chapter of what was once a promising political career. But one person definitely saw this coming nearly four years ago: President Donald Trump.

In a recently-resurfaced tweet from September of 2013, Trump advised women to "remain on alert" because Weiner would be back "sexting with a vengeance." This was after the revelations that he had been using the pseudonym "Carlos Danger" to carry on a multitude of extramarital affairs.

Danger-Weiner is a free man at 12:01AM. He will be back sexting with a vengeance. All women remain on alert.

As it turns out, Trump was correct. After this tweet was sent, it eventually came out that Weiner had indeed continued his sexcapades. Weiner's wife, then-Clinton aide Huma Abedin, left him when it came to light that he had sent sexually explicit pictures of himself to a "busty brunette" that also featured their son. About a month later, a high school student revealed that she had been in an online relationship with Weiner and that he had sent her explicit photos as well. These were the photos that (likely) landed him in jail.

While everyone laughed off Trump at the time, it's unfortunate that he was correct.