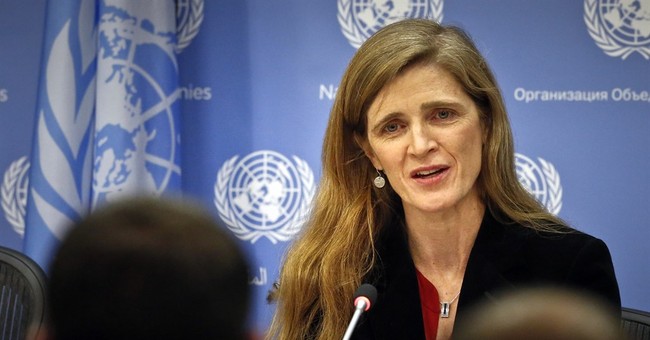 Monday was 102nd anniversary of the Armenian genocide. While President Donald Trump stuck with what has sadly become custom and neglected to actually use the word "genocide" in his statement about the atrocity, a former Obama official expressed remorse that she hadn't done enough to properly recognize the horrors.

Samantha Power, the former United Nations ambassador from 2013 until 2017, tweeted on Monday that she was "very sorry" that the Obama administration did not recognize the Armenian genocide.

I am very sorry that, during our time in office, we in the Obama administration did not recognize the #Armenian Genocide

Some praised Power for having a moment of regret, but said that her words were pretty hollow given that she had four years to actually make a statement and did not.

@SamanthaJPower @jimgeraghty The Kardashians spoke out on #ArmenianGenocide more than the Obama administration did.

@SamanthaJPower Can you elaborate on why you didn't, esp. since you issued appeals to Armenian-American voters saying Obama would?

@SamanthaJPower Appreciate the tweet, but too little too late. Would have been nice to hear while your administration actually had the power to make change.

I don't mean the administration. I mean *you*. Why didn't you speak truth to power?

@SamanthaJPower Being sorry is justified and welcome. But the true question is why were you so unable to to so ?