Wow: Look At How France's Socialist Party Has Evaporated 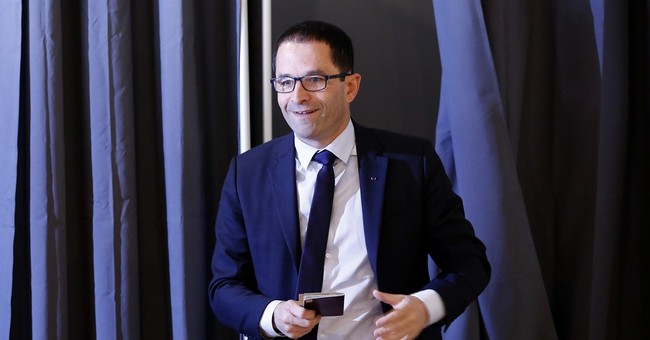 Yesterday, France had the first round of its presidential election. The top two candidates who advanced to the runoff were the National Front's Marine Le Pen and the centrist En Marche! party's Emmanuel Macron.

While the results weren't exactly that shocking, what certainly begs pause was the complete and utter collapse of France's Socialist party. The current French president, Socialist François Hollande, was elected in 2012 after coming in first place with 28 percent of the vote in the first round and 51 percent in the second--relatively easy victories. This go-around, however, the French seem as though they've had enough with socialism: take a gander at this jaw-dropping electoral map for a pretty astounding visual.

The collapse of the French Socialist Party in one image pic.twitter.com/J99m2kdpA2

Socialist candidate Benoit Harmon only received 6.4 percent of the vote--a 22-point drop from the incumbent.

Somehow, this manages to make the "Clinton archipelago" look desirable.