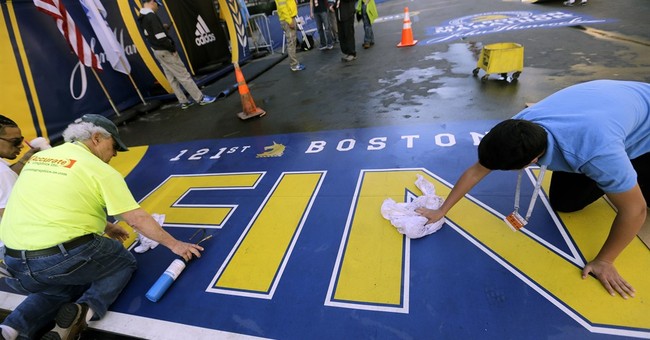 The Boston Marathon is never short of inspiring stories and finishers, and this year is no different. One runner in particular, retired Staff Sergeant Jose Luis Sanchez, has a particularly compelling story and ran a truly phenomenal race.

Sanchez stepped on an IED in 2011 during his second tour in Afghanistan. He lost part of his left leg and most of his right calf. He eventually began training for various athletic events, and ran in the Marine Corps Marathon.

On Monday, he ran the Boston Marathon, carrying an American flag for the entire route. Sanchez ran to raise money for the Semper Fi Fund, which assists wounded Marines.