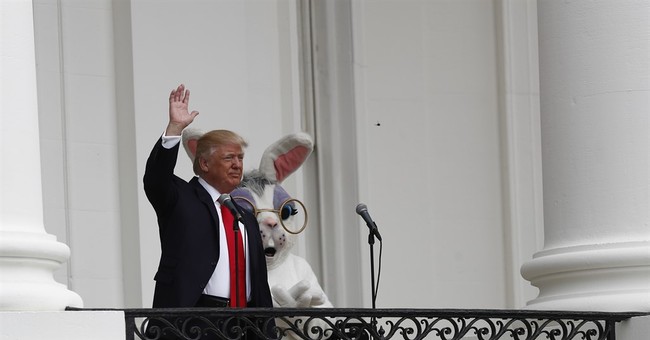 Monday was the 139th annual Easter Egg Roll at the White House. The event, which features wooden Easter eggs, thousands of children, and a few costumed characters, is one of the quirkier things on the White House Calendar.

This year was no different, as President Trump and Melania Trump appeared with their son, Barron, and...a pretty unsettling Easter bunny.

And boy, did Twitter have fun making jokes about that.

I feel like the Donnie Darko sequel isn't really true to the spirit of the original pic.twitter.com/MMfkzVTak0

The sweetest victory for the neocons was forcing Bannon to dress as the Easter Bunny this year pic.twitter.com/5K0uCACLNk