Malaysian MP: Girls As Young As 9 Are Totally Ready For Marriage 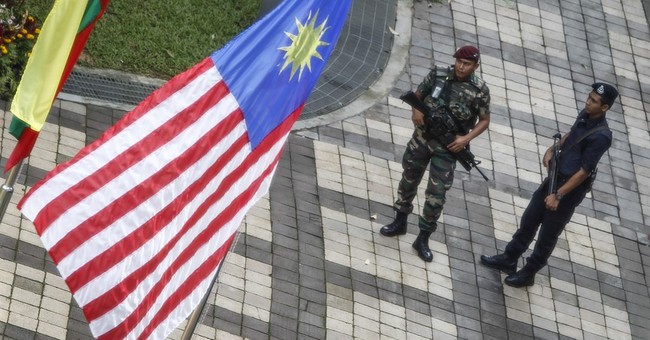 A Malaysian MP is under fire after defending child marriage, after he said that a pubescent 9-year-old girl is "physically and spiritually" ready for marriage. Malaysia was debating a measure that would criminalize sex acts with children and criminalize child marriage. The former measure passed; the latter did not.

The MP also said that there was "nothing wrong" for rape survivors marrying their rapists, in order to avoid facing a "bleak future."

Shabudin Yahaya, a member of the Barisan Nasional coalition, made the comments in response to a proposal by an opposition member of parliament to amend the Sexual Offences Against Children bill to include a ban on child marriages.

The proposal was voted down by the majority of parliament.

"They reach puberty at the age of nine or 12. And at that time, their body is already akin to them being 18 years old. So physically and spiritually, it is not a barrier for the girl to marry," Shabudin said on Tuesday during a debate on the bill.

He also said there was "nothing wrong" with a rape victim marrying her rapist as she would then not face a "bleak future".

Yahaya later defended his comments and his vote against banning child marriage, saying that banning child marriage is contrary to Shariah law. The concept of "marital rape" does not exist in Malaysian law, meaning that sex with a child remains legal if the child is "married." Malaysia has seen many cases of rapists who married their victims in order to escape prosecution.

It shouldn't have to be said that there is no way that a 9-year-old could possibly, in any universe, be "physically and spiritually" ready for marriage. It's astounding that this man is able to hold power in the country. This is absolutely despicable rhetoric.