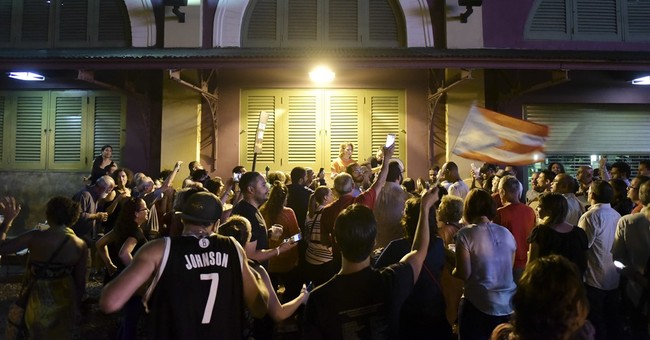 While this was definitely overshadowed by Chelsea Manning's pardon yesterday, it's certainly noteworthy. In addition to Manning, Obama also pardoned Oscar López Rivera, a Puerto Rican nationalist who was convicted of seditious conspiracy, use of force to commit robbery, interstate transportation of firearms and ammunition to aid in the commission of a felony, and interstate transportation of stolen vehicles.

Lopez Rivera is a Puerto Rican nationalist and a member of nationalist group Fuerzas Armadas de Liberación Nacional Puertorriqueña (“FALN”), who sought independence for the island territory so that it could become a socialist nation. FALN orchestrated a series of bombings that killed six people. Rivera functioned as a bomb maker for the group and helped to recruit others.

Lopez Rivera was sentenced to 51 years in prison in 1981, and an additional 15 years were tacked on to his sentence after he attempted to escape from prison in 1988.

NYC Mayor Bill de Blasio tweeted his delight in Lopez Rivera's clemency, which is odd considering that Rivera was imprisoned for both teaching people how to make bombs that were actually used in New York City and planning further bombing campaigns throughout Manhattan.

Thank you @POTUS for freeing #OscarLopezRivera. Congratulations to all who fought for this day, including Speaker @MMViverito.

"Hamilton" creator Lin-Manuel Miranda was similarly thrilled that Lopez Rivera was released, and said that he would perform as Hamilton in Chicago for him. As Alex Griswold of Mediaite points out, this is a far friendlier reception than the one received by VP-elect Mike Pence.

"Mike Pence is horrible and needs to be condemned on stage!"