Man Arrested Outside Trump Tower With A Variety Of Weapons, Including A Garrote 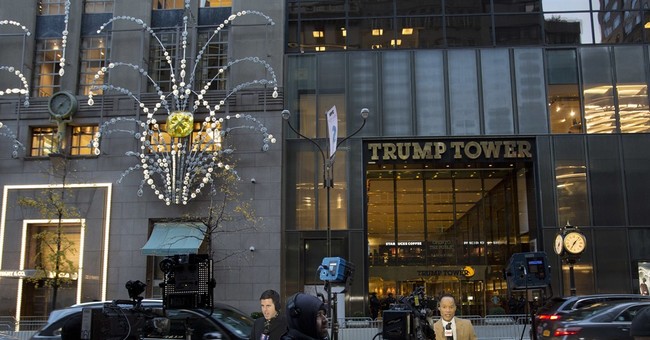 A man has been arrested outside of Trump Tower with a knife, fireworks, and a garrote. The man, identified as 19-year-old Alexander Wang, was arrested before he could go through security and did not harm anyone.

P>Alexander Wang, 19, was cuffed Monday night before he could get through security at the tower where the president-elect lives and works, according to the NYPD.

Police said that Wang, a track star from Poughquag in his sophomore year at Baruch, was also carrying a garrote, a small piece of wire or rope used to strangle a person.

He was charged with criminal possession of a weapon and possession of fireworks. He had never been arrested in New York City before, NYPD officials said.

Yikes. Glad everyone is safe.

In related news, the British man who attempted to assassinate Trump back in June has been sentenced to a year in prison.

Where Did All of These Haitians Come From and Why Are They at the Border Now?
Julio Rosas
Is the Biden Administration Lying About How Many Illegal Immigrants Are Being Released?
Katie Pavlich
Group of Republicans File Articles of Impeachment Against Biden
Leah Barkoukis
500+ Female Athletes File Amicus Brief Demanding Supreme Court Strike Down Mississippi Abortion Law
Madeline Leesman
Psaki Distracts From Biden's Failed Border Polices By Smearing Border Patrol Agents...Again
Katie Pavlich
Tom Cotton: The World 'Laughs' At Biden After Weak UN Address
Reagan McCarthy
CARTOONS | AF Branco
View Cartoon
Most Popular