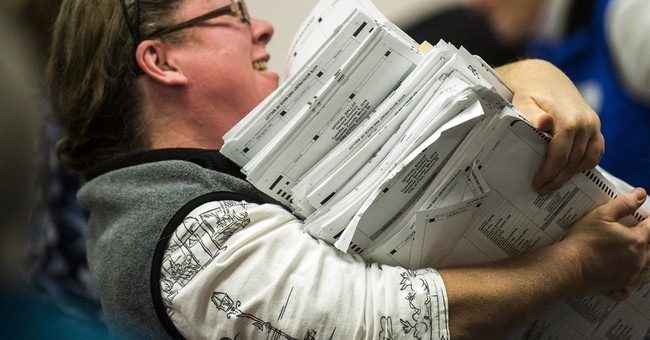 Green Party nominee Jill Stein demanded that Michigan recount their votes amid claims of voter fraud or that the election was hacked. On Wednesday, a judge effectively ended the recount effort, with (spoiler alert) the results of the election completely unchanged.

Now, the Michigan House of Representative is taking steps to ensure that future elections are held fairly, and it's not one Stein is gonna like: they passed a stricter voter ID law. Currently, voters in Michigan are required to show an ID or sign an affidavit before voting, but this new bill would mandate that a person who signed an affidavit also show a photo ID within 10 days of the election for their vote to be counted.

Michigan voters without photo identification could still cast a provisional ballot under the controversial legislation, but they would have to bring an ID to their local clerk’s office within 10 days of an election in order for their vote to count.

The legislation seeks to “protect the integrity of every single Michigan citizen’s vote, because every vote is diluted if fraudulent votes are cast,” said Rep. Gary Glenn, R-Midland.

The law would, however, make it far easier for everyone to obtain an ID. The bill includes a total of $11 million earmarked for "election modernization, voter education and implementation," birth certificate access, and ID card access.

Stein is an ardent opponent of voter ID laws, and calls them "voter suppression schemes." Perhaps she shouldn't invent claims of hacked elections if she wants these laws to go away.