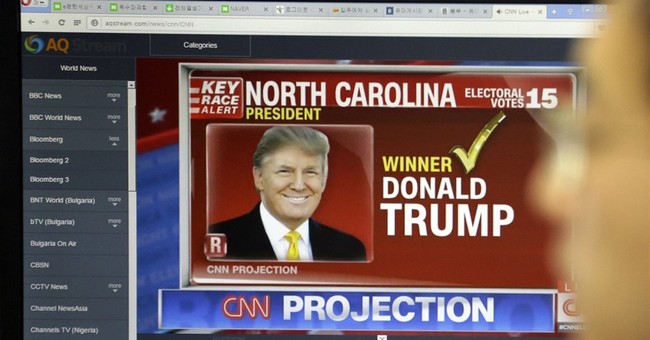 On election night, I wrote about how the Dow futures plummeted as it became evident that Donald Trump was going to win the presidency. By Thursday, however, it seems as though everything is back to normal: the Dow is now at an all-time high.

The Dow Jones industrial average hit a new all-time intraday high shortly after the open, and traded more than 100 points higher, with IBM and Goldman Sachs contributing the most gains.

"The momentum across the macro universe spawned in the wee hours of the morning after Donald Trump's shocking victory continues. Traders have driven stocks higher in anticipation of a massive fiscal stimulus," said Jeremy Klein, chief market strategist at FBN Securities, in a note.

"Although the dollar has soared in the past twenty-four hours, gold has also climbed as inflation expectations have started to build," he said.

Perhaps this isn't too big of a shock, given how the British economy saw a similar free-fall and rebuild after Brexit passed. But still, it is somewhat reassuring that the economy isn't in a complete downward tailspin.