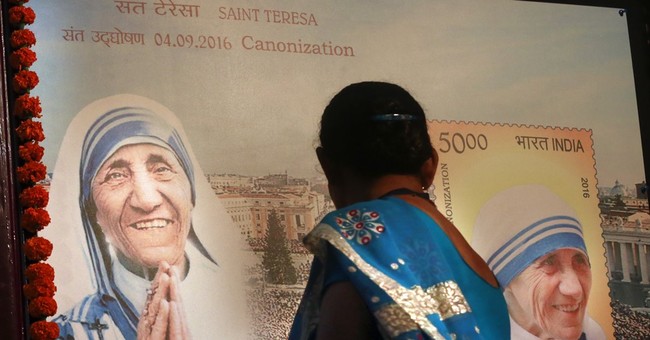 Mother Teresa was canonized in the Roman Catholic Church on Sunday, and will now be known as St. Teresa of Calcutta. She is the patroness of World Youth Day, a global meeting of young Catholics every two-to-three years, and the Missionaries of Charity, a religious order she founded in India.

Let us imitate Mother Teresa who made works of mercy the guide of her life and the path towards holiness.

Let us carry Mother Teresa’s smile in our hearts and give it to those whom we meet along our journey. pic.twitter.com/YNGkhd9Z6m

St. Teresa of Calcutta was born in what is now Albania and eventually moved to India, where she founded the Missionaries of Charity. She was awarded the Nobel Peace Prize in 1979 for her work with the most destitute of India's population. She passed away in 1997 and was beatified in 2003.