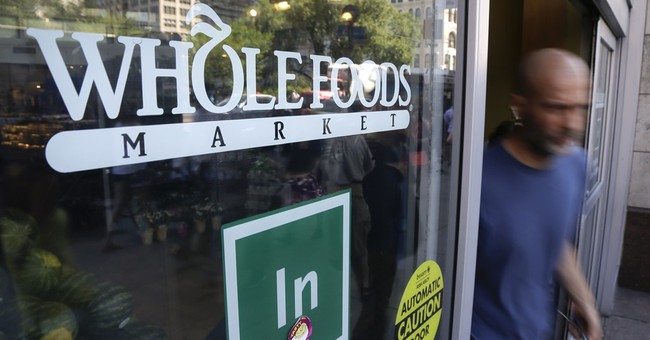 UPDATE: Whole Foods has released security video that shows that the cake's bar code is on top of the box, not on the side. This indicates that Brown had altered the packaging. Whole Foods is pursuing legal action against Brown.

A pastor in Austin, TX. is suing a Whole Foods after he says that he received a cake with an anti-gay slur inscribed in frosting. Jordan Brown, who is gay, claims that he ordered a cake inscribed with "love wins," yet received a cake that had the word "fag" written in the middle. Brown says he did not notice the cake's extra word until he had already left the store.

A gay Austin preacher says he ordered a cake with "love wins" from Whole Foods. He says he got "love wins, Fag." pic.twitter.com/zqo4POCp0m

Whole Foods issued a statement denying that one of their employees wrote the word on the cake, and that the cake decorator is a member of the LGBT community.

Our team member wrote “Love Wins” at the top of the cake as requested by the guest, and that’s exactly how the cake was packaged and sold at the store. Our team members do not accept or design bakery orders that include language or images that are offensive. Whole Foods Market has a zero-tolerance policy for discrimination. We stand behind our bakery team member, who is part of the LGBTQ community, and the additional team members from the store, who confirmed the cake was decorated with only the message “Love Wins.”

When asked if Whole Foods reviewed surveillance footage to investigate cake matter, I got this… https://t.co/YWjtMHH2Pt

Over on Twitter, many users were quick to call the whole thing a hoax:

Odds of this being a hoax of some sort? https://t.co/Ic8dzKpWAG

In Austin, Texas he received this cake? Yeah, Ima call bullshit on this one. https://t.co/AuyVExbVKU

Calling shenanigans on this until proven otherwise. Nothing about it smells right. https://t.co/a4vv6u7Ykh

Personally, I have my doubts about this story as well, and Whole Foods all but confirmed that it's a hoax. I'm no expert on cakes, but the lettering of the "love wins" appears to be very different from the other word. Plus, this happened in Austin, the liberal Mecca of Texas. I don't think this lawsuit will last very long in court.

If this is a hoax, it does beg the question as to why someone would do this. This doesn't lend any sort of sympathy to the LGBT cause, and instead will make it much harder for an actual victim of a hate crime to be believed.