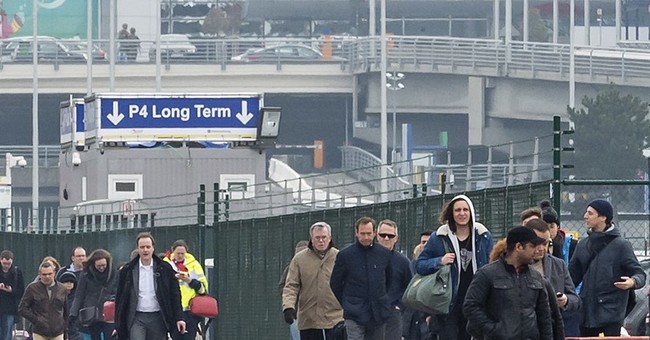 Three Mormon missionaries from Utah were seriously injured in today's attack at the Brussels airport. The three missionaries were identified as Richard Norby, 66, of Lehi, Utah; Joseph Empey, 20, of Santa Clara, Utah; and Mason Wells, 19, of Sandy, Utah. They were accompanying a fellow missionary from France to the airport prior to the start of her mission in the United States.

The fourth missionary, who had already passed through airport security, was uninjured. The three others remain hospitalized.

A statement from the First Presidency of the Church asked for prayers for those killed and injured in Tuesday's attacks.

With much of the world, we awoke this morning to the heartbreaking news of the bombings in Belgium. Our prayers are with the families of the deceased and injured, including three of our missionaries who were injured and hospitalized. We also pray for the people of Belgium and France as they continue to deal with the uncertainty and devastation caused by the recent terrorist attacks.

UPDATE: Here are pictures of Norby, Empey, and Wells.