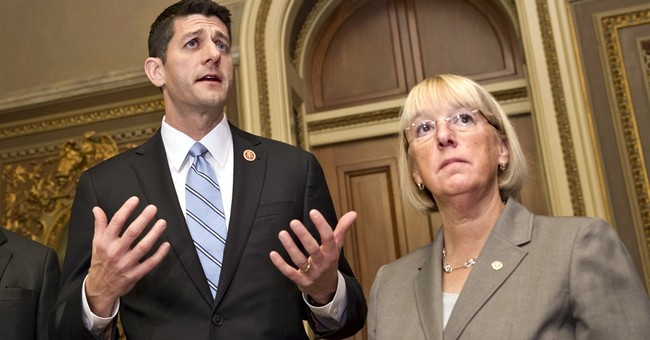 “I’m proud of this agreement,” said Chairman Ryan. “It reduces the deficit—without raising taxes. And it cuts spending in a smarter way. It’s a firm step in the right direction, and I ask all my colleagues in the House to support it.”

“This agreement breaks through the recent dysfunction to prevent another government shutdown and roll back sequestration’s cuts to defense and domestic investments in a balanced way,” said Chairman Murray. “It’s a good step in the right direction that can hopefully rebuild some trust and serve as a foundation for continued bipartisan work.”

Reactions to the budget agreement were decidedly mixed. Sen. Marco Rubio (R-FL) released a statement calling the budget a continuation of Washington's "irresponsible" decisions, and said that Americans deserve better. President Obama referred to the deal as a "good first step."