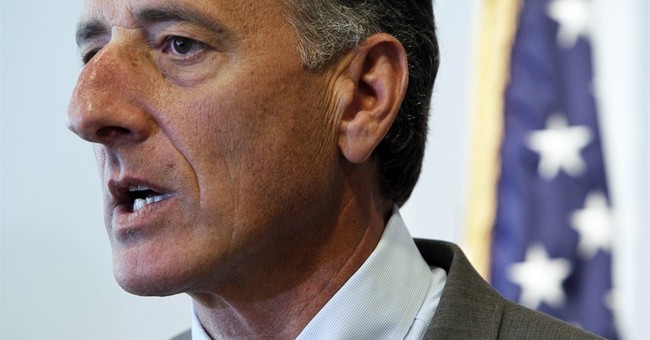 Vermont, the first U.S. state to pass a law to implement single-payer, taxpayer-funded health insurance, has paid $170 million for its healthcare exchange website that does not work—and it only had to enroll 40,000 people.

Vermont's exchange, healthconnect.vermont.gov, is nearly entirely non-functional, and the vast majority of prospective customers have found themselves unable to actually purchase the insurance plan they selected. Vermont Gov. Peter Shumlin assured Vermonters that the site would be functional on Nov. 1, but as of today, Nov. 3, the only thing on the website is an error message.

The population of Vermont is approximately 626,000 people. Of these 626,000, roughly 42,000 lack health insurance. If Vermont had divided up the amount used to fund the non-functional exchange equally amongst all uninsured Vermont residents, the state could have doled out roughly $4,000 per person.

The failure of the Vermont exchange could have dire consequences for thousands of Vermont families. Due to state law designed to increase enrollment in the exchange, individuals or employers that employ fewer than 50 people cannot legally purchase private insurance after January 1, 2014, and they must enroll in the exchange. Their previous plans also evaporate on the first of the year. Vermont residents who work for small businesses were never given the "if you like your plan, you can keep it" promise–and with a broken exchange, they could easily be without insurance coverage through no fault of their own in less than two months.

Let's hope this healthcare (Ver)monstrosity is not a sign of things to come for the other 49 states.