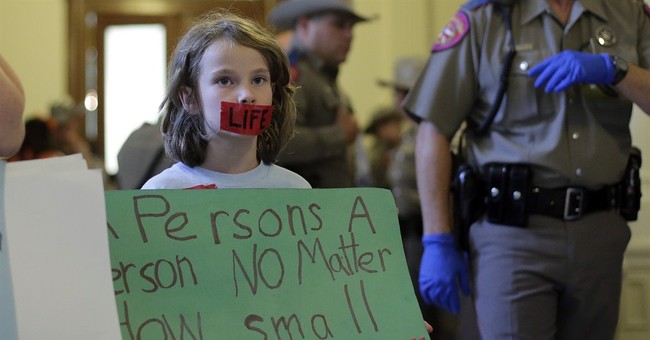 Although the Hyde Amendment restricts the use of federal funds for abortion, with the exceptions of pregnancies caused by rape and incest, the Charlotte Lozier Institute, the research arm of the Susan B. Anthony List, released a paper on Thursday that showed how Multi-State Plans created through the Affordable Care Act could result in taxpayers subsidizing up to 111,500 abortions each year.

“Multi-state” is another word for “national” and the degree of regulation of plan content, control of medical-loss ratios, and other factors ensure that these plans will operate more like regulated utilities than truly private insurance.

MSPs will be gradually introduced through a four-year period. By 2015, 35 states are expected to have MSPs in place, and all 50 states will have MSPs by 2017. The plans are intended to create “competition” in state markets, but will have the advantage that their administrative costs will be taxpayer funded, unlike a private insurance company.

According to the Lozier paper, however, these plans could be the key to taxpayer funding of abortions:

What these advantaged plans will do with respect to abortion coverage is not yet fully clear. However, Section 1334(a)(6) of the ACA states that:

In entering into contracts under this subsection, the Director [of OPM] shall ensure that with respect to multi-State qualified health plans offered in an Exchange, there is at least one such plan that does not provide coverage of services described in section 1303(b)(1)(B)(i). (Emphasis added).

Currently, 27 states and the District of Columbia permit insurance plans to cover abortions. Only roughly 12 percent of abortions are paid for by private insurance, as women are often ashamed to report abortion to third parties.

According to Lozier Institute’s analysis, over 5.5 million women will potentially gain coverage for abortion under the Affordable Care Act.

If 2 percent of all women of childbearing age have abortions each year, an estimated 111,500 girls and women who will have abortions in coming years will have new coverage in effect for them. If only one third of the girls and women who are newly privately covered for elective abortions proceed and file for them, an additional 18,397 abortions will be paid for each year under ObamaCare’s exchange expansion. Publicly funded abortions, on the other hand, could rise by as much as 53,600 – with roughly half of that increase occurring in New York and California, two states with high existing abortion rates.