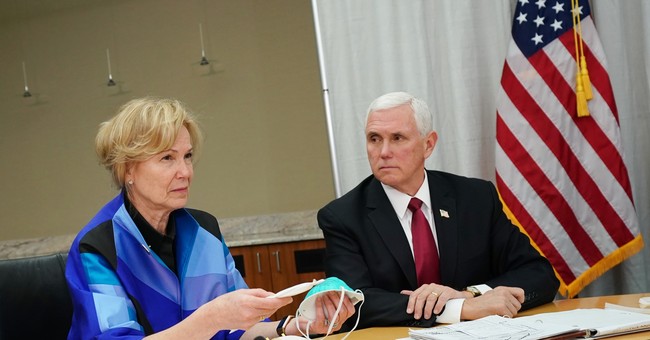 President Trump took 3M to task on Thursday night for the company's decision to sell medical masks to foreign governments while the United States struggles to provide masks to its own medical workers on the frontlines of the coronavirus pandemic. The president announced at the White House press briefing on Thursday that he had invoked the Defense Production Act to direct the Department of Homeland Security and FEMA to obtain masks from 3M.

President Trump tweeted on Thursday that he invoked the Defense Production Act after learning that face masks were being sold to foreign governments, warning the company they "will have a big price to pay!"

"The Secretary, through the Administrator of the Federal Emergency Management Agency (Administrator), shall use any and all authority available under the Act to acquire, from any appropriate subsidiary or affiliate of 3M Company, the number of N-95 respirators that the Administrator determines to be appropriate," a White House memorandum directed on Thursday.

The president previously invoked the Defense Production Act against General Motors, requiring the company to prioritize the production of ventilators.

The Wall Street Journal describes 3M's N95 masks as the "gold standard" for medical workers and public health officials. The company is based in Minnesota and first started producing modern disposable face masks in the 1960s.