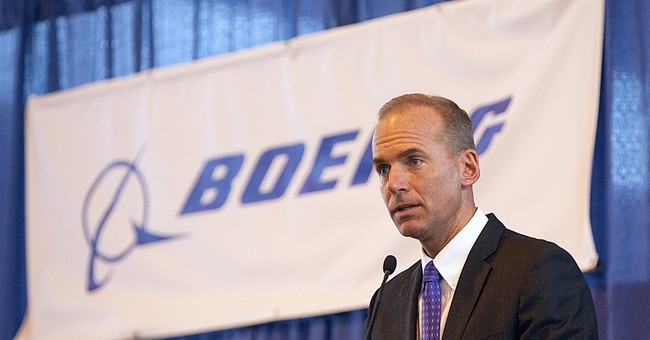 Boeing Chief Executive Dennis Muilenburg returned to Capitol Hill on Wednesday to face a second day of pointed criticism and tough questions from lawmakers on both sides of the aisle. The hearings marked Muilenburg's first public appearance since two Boeing 737 MAX airplanes crashed just moments after taking off. The two crashes killed all 346 people on board.

Both crashes have been linked to problems with the 737 MAX airplane's MCAS sensors. The MCAS sensors would erroneously activate, causing the nose of the plane to point down. In March 2019, the United States grounded all 737 MAX aircrafts and other countries quickly followed suit, leading to a worldwide ban.

On Tuesday, Senators focused their questions on Boeing's knowledge of problems with the MCAS sensor. Sen. Cruz  (R-TX) grilled CEO Muilenburg over a troubling exchange between two Boeing employees. The exchange suggests Boeing knew or should have known about safety concerns with its 737 MAX aircraft.

"This exchange is stunning." @tedcruz reads text messages between Boeing executives and rips the company for lack of accountability on the 737 MAX debacle. pic.twitter.com/Ml3SPSFfHj

In his opening statement on Wednesday, before the House Committee on Transportation and Infrastructure, Muilenburg apologized to the family members of the victims who were in attendance. Muilenburg stated that Boeing remains committed to making the necessary improvements of its planes, saying Boeing has already taken considerable steps to improve the MCAS sensor responsible for the accidents. Muilenberg said the 737 MAX aircrafts should remain grounded until regulators are "completely satisfied" with the aircraft's safety. "We can and must do better," Muilenburg acknowledged.

The Committee on Transportation and Infrastructure put out a series of tweets while the hearing was underway, laying out six themes the Committee planned to focus on, criticizing the culture at Boeing and the troubling message between Boing employees suggesting Boeing withheld damaging information from the FAA.

Today’s hearing will focus on six key themes including the importance of our committee’s oversight, production pressures at Boeing, concealment of data, and more. pic.twitter.com/4gwzg6LvB6

This investigation is not about one employee, but examining a culture at Boeing in which it appears undue pressure is placed on employees to meet deadlines/demands of Wall Street at the expense of safety.We must continue to investigate what happened & Boeing must answer for this.

.@RepSires reads from email sent to the General Manager of the 737 program in June 2018 that says “Frankly right now all my internal warning bells are going off. And for the first time in my life, I’m sorry to say that I’m hesitant about putting my family on a Boeing airplane." pic.twitter.com/a8Am6uwtQH

Today, the House Committee on Transportation and Infrastructure heard from Boeing officials about the safety of the 737 MAX. I was upset to hear that Boeing CEO Dennis Muilenburg received a $15 million bonus AFTER two of his 737 MAX airplanes crashed and killed 346 people. pic.twitter.com/MOnV9glRiw

Multiple members of the Committee called on Boeing CEO Dennis Muilenburg to step down.