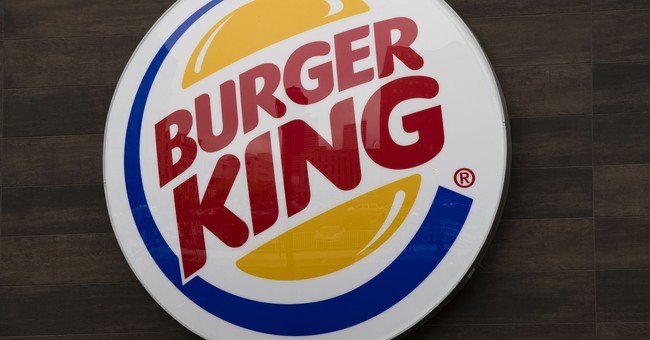 Since climate change is apparently a really big threat to our world, Burger King decided to create an ad talking about how cows' farts and burps lead to greenhouse gasses and emissions. Apparently they're working to create some kind of non-meat alternative to beef.

And what better way to do it than by having kids singing an obnoxious song about how cows are polluting the world?

Below are the lyrics (and yes, it's ridiculous):

When cows fart and burp and platter, well that ain't no laughing matter. They're releasing methane every time they do and that methane from their rear goes up to the atmosphere and pollutes our planet, warming me and you.

Yes, that methane that they pass is a greenhouse gas that'll trap the sun's heat n' change our climate.

So to change their emissions, Burger King went on a mission, testing diets that would help reduce their farts. That's a start! And by now there ain't no question that it's helping cow's digestion, adding lemongrass so they can play their part.

And the scientists have proven that it works.

We can reduce emissions by more than a third.

Got the cow kids singing for a better world.

cow farts & burps are no laughing matter. they release methane, contributing to climate change. that’s why we’re working to change our cows’ diet by adding lemongrass to reduce their emissions by approximately 33%. learn about our ongoing study: https://t.co/kPCXpjfbGL #CowsMenu pic.twitter.com/DnmF8gVVL0