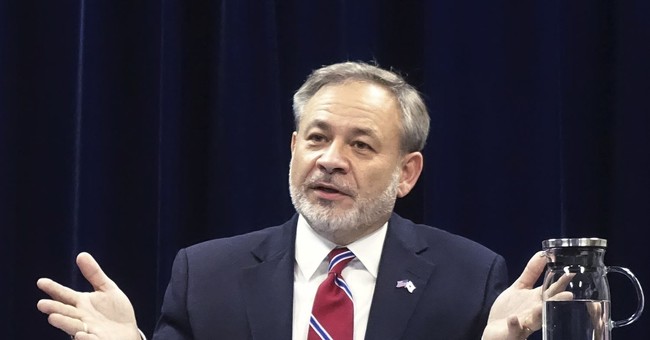 Over the last two years under Perry, Brouillette has overseen day-to-day operations at the agency. His confirmation took place one day after Perry's resignation became effective, Fox News reported.

According to the Washington Examiner, Brouillette plans to continue Perry's "energy dominance" agenda, with an emphasis on "producing and exporting coal and natural gas, especially to European countries dependent on imports of gas from Russia."

Despite his fondness for fossil fuels, Brouillette said he wants the best for clean energy, highlighting the agency’s work to boost zero-emissions technologies such as small modular nuclear reactors and battery storage to expand the use of intermittent wind and solar.

“What we have done from day one is adopt the policy of all of the above energy dominance,” Brouillette said in the interview. “None of that is going to change. What we might do is apply different technologies.”

Brouillette has a long-standing history with energy. He worked on legislative affairs for the Energy Department during the Bush administration and the former chief of staff for the House Energy and Commerce Committee. The new secretary has also worked as a lobbyist, although they were for companies outside of the energy field.