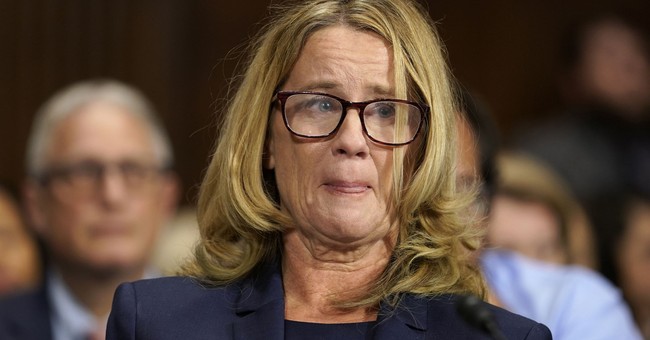 "In the aftermath of these hearings I believe that Christine's testimony brought about more good than the harm the misogynist Republicans caused by allowing Kavanuagh on the court," Katz said during an event at the University of Baltimore’s 11th Feminist Legal Theory back in April. "He will always have an asterisk next to his name. When he takes a scalpel to Roe v. Wade we will know who he is, we know his character and we know what motivates him. It's important that we know and that's part of what motivated Christine."

According to Tillis, Katz's comments have warranted an investigation into Blasey Ford's allegations.

"I think it’s worth just checking off the facts," he said. "We had a number of people on the other side of the aisle undermining the credibility of the [Senate Judiciary] Committee by threatening to expose information that was committee confidential."

"We have to always make sure that when people come and give sworn testimony before any congressional committee, that it's truthful and accurate," the Senator explained. "Any time that you see something like this, it’s probably worth looking into."

"There is no asterisk next to Brett Kavanaugh. That does seem to undermine what we all believed was a legitimate traumatic experience in [Ford's] life," Tillis said, referring to Tillis' comments. "We'll just let the process play out. But clearly, a misrepresentation before a Senate committee is a very serious offense, and hopefully, we can get past that."