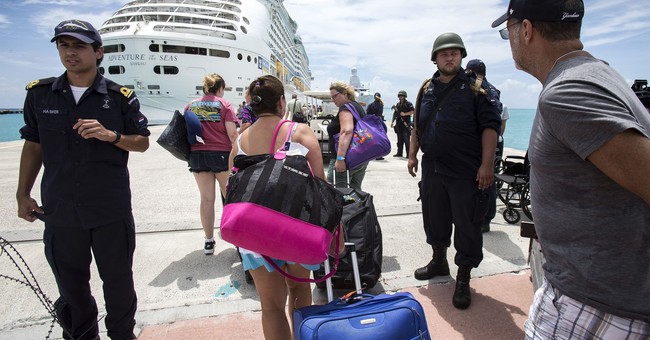 The Department of the Treasury’s Office of Foreign Assets Control (OFAC) on Tuesday unveiled new travel restrictions to Cuba as part of President Donald Trump's foreign policy position. The Department amended the Cuban Assets Control Regulations (CACR) which now bans all non-family travel to the country. The State Department said the United States will no longer permit visits to Cuba via passenger and recreational vessels, including cruise ships and yachts, as well as private and corporate aircraft.

The goal of the restrictions is to significantly hinder Cuba's economy and pressure its government to stop aiding Venezuelan dictator Nicolas Maduro.

“Cuba continues to play a destabilizing role in the Western Hemisphere, providing a communist foothold in the region and propping up U.S. adversaries in places like Venezuela and Nicaragua by fomenting instability, undermining the rule of law, and suppressing democratic processes,” Treasury Secretary Steven Mnuchin said in a statement. “This Administration has made a strategic decision to reverse the loosening of sanctions and other restrictions on the Cuban regime. These actions will help to keep U.S. dollars out of the hands of Cuban military, intelligence, and security services.”

The restrictions went into place on Wednesday. Cruise lines and airlines scurrying to amend their offerings and accommodate customers who’ve already booked travel to Cuba because no grace period was offered.

The Cuban government told Reuters that 257,500 U.S. citizens not of Cuban origin visited the country from January through March. 55 percent of those visitors came via cruise ship.

National Security Adviser John Bolton said the administration plans to do whatever they can to restrict Cuba's access to the U.S. dollar.

The Administration has advanced the President’s Cuba policy by ending ‘veiled tourism’ to Cuba and imposing restrictions on vessels. We will continue to take actions to restrict the Cuban regime’s access to U.S. dollars. https://t.co/uwxd5qktKY

Cuban President Miguel Díaz-Canel Bermúdez took to Twitter to say his country is not threatened by the policy.

The #US Government keeps at its perverse efforts to crush #Cuba. New measures intensify the blockade and violate International Law. We strongly condemn this policy. They won't be able to stop us: we'll survive and we shall overcome.https://t.co/2VkeddMKfJ

President Barack Obama removed a nearly 50-year embargo on the country back in 2014. Between 2014 and 2016 cruise lines took advantage of removed embargo, offering Havana-centric cruises and excursions.