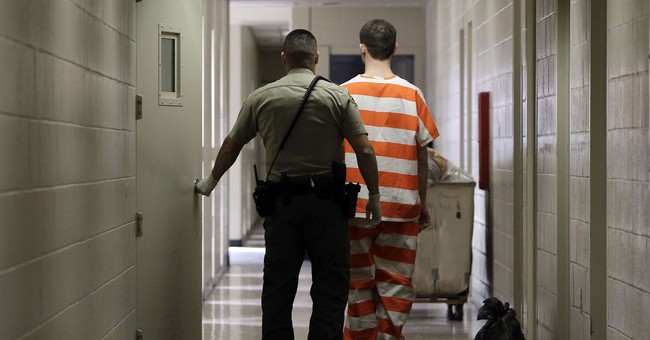 Iowans are contemplating a tough issue: should convicts who previously served time have their voting rights restored? 2020 presidential candidate Sen. Bernie Sanders (I-VT) has a different take: he doesn't think criminals should ever lose their voting rights, The Des Moines Register reported.

The issue came up during a town hall in Muscatine, Iowa on Saturday when Sanders was asked whether or not inmates should have the right to vote from behind bars.

"I think that is absolutely the direction we should go," he said. "In my state, what we do is separate. You’re paying a price, you committed a crime, you’re in jail. That's bad. But you’re still living in American society and you have a right to vote. I believe in that, yes, I do.”

"While they’re incarcerated, I think that’s something we can have more conversation about," Warren said during a form on rural issues.

Iowa is currently considering a constitutional amendment that would allow prisoners to automatically have their voting rights restored once they have completed their sentenced. The consideration is being made because Gov. Kim Reynolds (R) has advocated for it. As of now, convicted criminals have to have approval from the governor in order for their voting rights to be restored. Kentucky has a similar law on the books.

Bernie's comments comes after as other Democrats have advocated for lowering the voting age from 18 to 16.