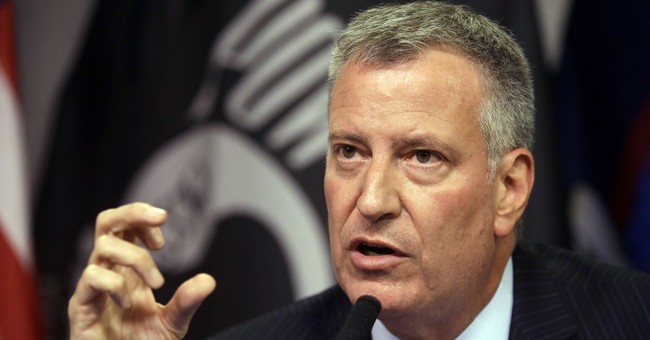 New York City Mayor Bill de Blasio is taking a rather interesting approach to help "stimulate" the Big Apple's economy. The mayor has proposed the "commercial vacancy tax," which would penalize landlords with empty storefronts and properties, the New York Business Journal reported.

We have a number of empty storefronts. It's a growing problem in our neighborhoods. Let's pass a smart, targeted tax to stop landlords from leaving their properties empty, from blighting neighborhoods," de Blasio told legislators, Crain's Business reported. "Let's make clear to landlords that this is a problem for our communities, and with this tax, hopefully we would encourage landlords to turn their properties over more quickly and ensure that small businesses have an opportunity to rent them at a reasonable level."

"A vacancy tax would not address the increasing difficulty for businesses to operate in the over-regulated environment that New York has become," REBNY President John H. Banks said. "When storefronts are vacant, landlords have to pay property taxes—which have doubled in the past decade. There are no tax benefits for keeping space empty. An additional tax would only punish and add to the burden faced by landlords, a majority of whom are small owners."

Mayor de Blasio is one of those strange type of progressives. If a landlord can't find a tenant their answer is to punish the landlord. What makes de Blasio think that commercial landlords are sitting on vacant properties simply because they can? They want tenants in their space, because it means they're making money. When their spaces sit empty, they're losing money. And the thought of someone holding out on renting a space so they can charge more down the road is absurd. You know why? Because of the cost vs. benefit. A landlord would rather have some income than no income. The thought of punishing a landlord when they can't find a tenant who's qualified and can pay the rent on time, every month, doesn't stimulate an economy. If anything, it stifles it.

But then again, this is what progressives want. They want the government to have their hand in every aspect of our lives. Every. Single. Aspect.

Share this on Facebook
Tweet
Here is Biden’s Schedule for the Weekend
Katie Pavlich
The Goalposts Keep Moving: CDC Director Says the Definition of Fully Vaccinated May Change
Leah Barkoukis
Biden State Department Admits: We're in Touch with Hundreds of US Citizens Stranded in Afghanistan
Guy Benson
This Is Who Dr. Fauci Blames for the Rise in Deaths Among Adults in the UK