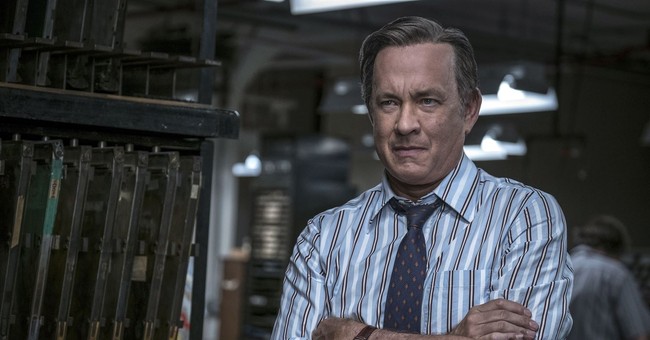 Before the Super Bowl, The Washington Post publicized an ad featuring Tom Hanks. The 60 second spot aired during the fourth quarter, shortly before the two minute warning with the theme "Democracy Dies in Darkness."

The ad included images of freelance reporter Austin Tice who has been missing in Syria for six years; freelance columnist Jamal Khashoggi who was killed at the Saudi Arabian Consulate in October; and American War correspondent Marie Colvin who was killed by Syrian forces in 2012.

The message focuses on why the news outlet believes journalism is important. Here's the text of the ad:

When we go off to war.

When we exercise our rights.

When we soar to our greatest heights.

When we mourn and pray.

When our neighbors are at risk.

When our nation is threatened.

There’s someone to gather the facts.

To bring you the story.

No matter the cost.

Because knowing empowers us.

Although it's unknown exactly how much WaPo spent on the ad, CBS is charging $5.25 million for a 30-second slot, CNBC reported.

According to an article from 2017, the news outlet came up with the slogan well before President Trump was elected.

"The Post decided to come up with a slogan nearly a year ago, long before Trump was the Republican presidential nominee, senior executives said. The paper hasn’t had an official slogan in its 140-year existence, although it did get some mileage with a long-running advertising tag­line, 'If you don’t get it, you don’t get it,'" the article said.

Bob Wood, an associate editor for the paper, said he read it some years earlier in a judicial opinion in a First Amendment case.

“It goes way back,” he said. “It’s definitely not directed at Trump. It’s about the dangers of secrecy in government, which is what I worry about most. The judge who said it got it right.”

Because knowing empowers us.
Knowing helps us decide.
Knowing keeps us free.#democracydiesindarknesshttps://t.co/j20M5UBdq2 pic.twitter.com/bCtLZrUURJ