The Boston Marathon Bomber's Lawyers Have Quite The Request 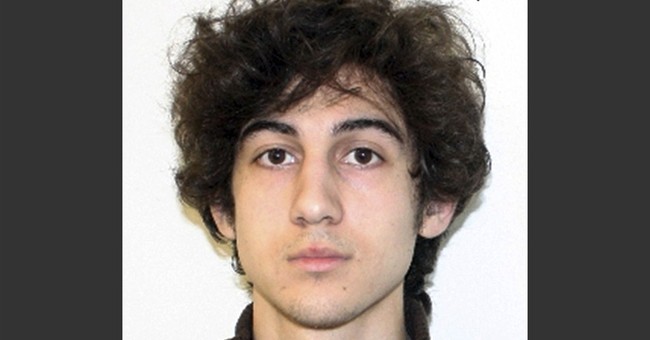 The attorneys for Dzhokhar Tsarnaev, the Boston Marathon Bomber, on Thursday filed a brief with the United States Court of Appeals asking for the death penalty to be taken off the table.

In the 500-page appeal, Tsarnaev's attorneys argued that their client did not receive a fair trial because it took place in Boston as the city was recovering from the heart wrenching attacks. Lawyers also said there were "issues with jurors, certain testimony from surviving victims and the defense’s inability to tell jurors about links between Tsarnaev’s brother and an unsolved triple killing in 2011," the Associated Press reported.

The attorney's primary focus, however, is on the fact that the trial took place in Boston, despite their best efforts to get it moved to another location. They believe the jury pool was tainted because of the number of people impacted by the bombings and the intense media scrutiny.

“Forcing this case to trial in a venue still suffering from the bombings was the District Court’s first fundamental error, and it deprived Tsarnaev of an impartial jury and a reliable verdict, in violation of the Fifth, Sixth, and Eighth Amendments,” the brief states.

"Among other things, the public defenders accuse Tsarnaev’s jury forewoman, a restaurant manager his attorneys tried to get removed, of retweeting a social media post calling the University of Massachusetts Dartmouth sophomore a 'piece of garbage'  before she received a juror summons, but that she claimed during questioning for her suitability to serve she had not commented on this case,'" The Boston Herald reported. "A second juror, a male municipal worker, outright “disobeyed the Court’s instructions,” the brief asserts, by joining a Facebook discussion about the case before he was seated."

According to the brief, attorneys believe Tsarnaev should serve in prison without the possibility of parole.

“Tsarnaev admitted heinous crimes but even so — perhaps especially so — this trial demanded scrupulous adherence to the requirements of the Constitution and federal law. Again and again this trial fell short," his lawyers argued.

Tsarnaev was convicted of 30 charges, including use of a weapon of mass destruction and conspiring to detonate a bomb in a public place, both resulting in death back in April 2015. He was sentenced to the death penalty as a result.