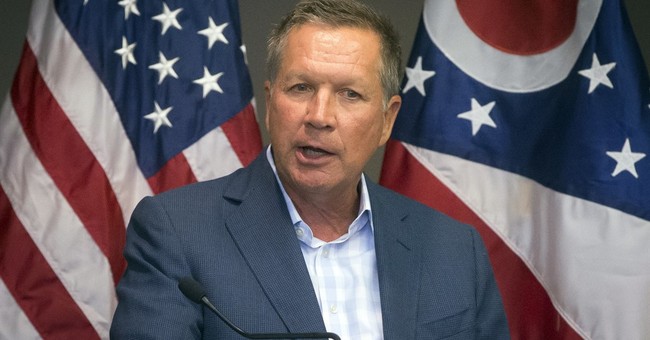 Ohio Gov. John Kasich (R) vowed to veto a "Stand Your Ground Law" the state's House of Representatives passed last week, WTTE-TV reported. Under Stand Your Ground Laws, a person is allowed to use lethal force to defend themselves and others if he or she feels threatened. In states that don't have these laws, gun owners are supposed to retreat from the threat, not defend themselves.

"The Second Amendment of the US Constitution applies to all of us regardless of race, religion, creed, or political outlook,” Rep. Terry Johnson (R – McDermott), the bill's sponsor, said. “In the very words of the amendment, it states clearly that it is not to be infringed yet that has happened thousands and thousands of times across our great nation. Why do we need legislation like House Bill 228? Very simply, to do what we can to restore your second amendment rights to the greatest extent possible.”

Kasich tried (unsuccessfully) to convince Republicans to keep the bill from becoming law. Instead, he wanted the House to pass a Red Flag Law, which would allow the government to temporarily take a person's firearm if he or she is deemed a danger to themselves or others.

“Yeah it’s about the gun,” Kasich said Monday. “It’s about how we feel about the need to protect people and to have lawmakers who have to think about what are the long-term implication, not my short-term electoral capability but really what am I supposed to do to help the folks.”

The Republican Governor said he believes gun laws and issues are more likely to become ballot initiatives than in years past.

Kasich said he plans to look into executive actions he can take to keep the bill from becoming law, assuming the Senate also passes it.

This isn't the first time he has been against the gun rights law. He vetoed a similar bill back in 2016, Cleveland.com reported.

Gov.-elect Mike DeWine supports the idea of Stand Your Ground Laws but it's unclear if he supports this actual bill, The Columbus Dispatch reported.