Ford's Husband: She Wanted to Flee the Country Out of Fear of a Kavanaugh Confirmation 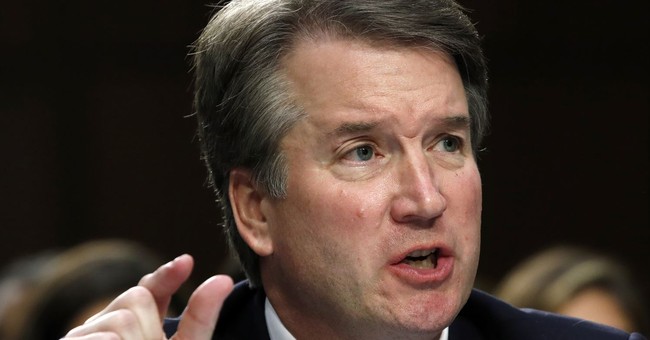 After Supreme Court Justice Anthony Kennedy resigned at the end of July, names of potential replacements swarmed the American political scene. One of the names was Brett Kavanaugh, who would eventually become President Donald Trump's pick. Around that time, Dr. Christine Blasey Ford began to freak out, The Washington Post reported.

“She was like, ‘I can’t deal with this. If he becomes the nominee, then I’m moving to another country. I cannot live in this country if he’s in the Supreme Court,’” Russell Ford, the husband of Dr. Christine Blasey Ford, told WaPo. “She wanted out.”

According to Russell, his wife began to search other Democratic countries that his family could relocate to. Apparently living in California, more than 3,000 miles away from the location of the alleged attack, wasn't far enough for Kavanaugh's accuser. One of the countries Ford had her mind set on was New Zealand.

Although she kept the alleged attack a secret for more than 30 years, Ford reportedly talked about what occurred once during a therapy session and once with her husband.

When Ford was named as Kavanaugh's first accuser, her husband was driving their 15-year-old son and some of his friends home from a soccer tournament. Russell's phone continued to ring and reporters were camped outside of the Ford family home by the time they pulled in. It was at that point that Russell struggled to explain to his son what was happening.

"I said that Mommy had a story about a Supreme Court nominee, and now it’s broken into the news, and we can’t stay in the house anymore,” he recounted to WaPo.

The kids were forced to stay with friends and the parents moved into a hotel. Ford had to speak with the FBI about safety concerns.