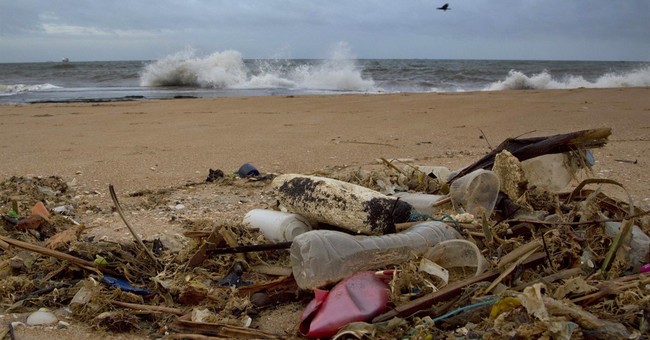 The Ocean Conference organized by the U.N. kicked off at the U.N. headquarters in New York City on Monday, June 5, preceded by the World Ocean Festival. During the conference, which will span five days, officials from around the world will be addressing issues such as climate change, the harms of ocean pollution and illegal fishing, and, it would seem, President Donald Trump’s bad decisions.

In the aftermath of President Trump’s decision to pull from the Paris accord with the U.N., its officials did not attempt to hide their displeasure during the opening day of the conference.

Secretary-General Antonio Guterres said that oceans are “under threat as never before.”

General Assembly President Peter Thomson, a Fijian diplomat, made a thinly veiled allusion to the recent event. “We must put aside short-term national gain to prevent long-term global catastrophe," he said. "Conserving our oceans and using them sustainably is preserving life itself.”

In the same tone, Amina J. Mohammed, Deputy Secretary-General of the United Nations, suggested the harm of overlooking the climate concerns to focus on what Thomson called “national gain.” She said in a video, “You have a moral obligation to the world which you live on. ”

“Our ocean defines our planet” are the opening words of a BBC video created for the conference. After clips of whales rising out of the ocean and underwater shots of turtles, punctuated by video clips of polluted beaches and butchered fish on ship decks, the voice concludes, “the choice lies with us,” after suggesting that disaster may strike the world due to the pollution.

In the same tone of fear for impending doom, President of Bolivia Evo Morales stated during the opening day of the conference that the U.S. was a main polluter of the world, making the U.S. the “main threat” to the earth and life, giving a message of the countless lives at stake due to Trump’s withdrawal.

While President of France Emmanuel Macron was more civil toward President Trump in a speech given last week that condemned Trump’s decision, the statement still carried urgency. President Macron said while he respected Trump’s decision, he thought it was a mistake. “We all share the same responsibility: Make our planet great again.”