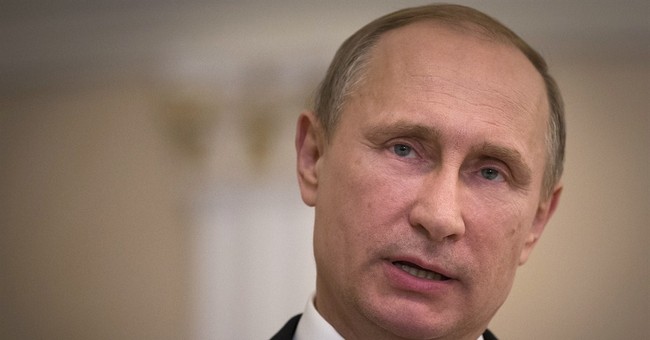 Next week, EU leaders will meet to discuss effective, long-term strategies for policy with Russia. So far, sanctions have not been effective in changing Russian public support of Putin's government.

“We can see with full clarity that they are trying to divide us inside of Europe, as well as Europe and America,” EU Council chief Donald Tusk said at the White House after a meeting with President Obama ahead of next week's summit. “But when we are united, we will be able to put a stop to the aggressive policy of Russia.”

The White House declared last week that sanctions launched against Russia last March prohibiting banks and other financial institutions from doing business with Russia will continue for another year.

Western sanctions -- on top of falling oil prices -- have sunk Russia’s economy in an almost steady decline over the past year. According to a new analysis by Bloomberg Business, Russia currently has the 7th most miserable economy in the world -- worse than Colombia, Croatia and Slovakia.

Here are three ways Russia’s economy has declined over the past year, but haven’t actually affected popular opinion:

In response to sanctions from the west, the Kremlin banned imported foodstuffs from any country which had issued sanctions against Russia. As a result, food prices have spiked.

Some foods -- such as cheese from France and sausage from Germany -- are simply not available due to the embargo.

In answer to scarcities of certain goods, Russians have learned to produce their own versions of Italian cheeses and specialty meats.

The inflation rate in Russia reached a thirteen-year high for the nation in the month of February 2015 was 16.7, up from 15.0 in January, according to the Bank of Russia.

Inflation has more than doubled over the past year. The rate in March last year when U.S. sanctions were first imposed was 6.9 percent, and has increased almost steadily over the year, spiking in December to 11.4 percent.

When the ruble reached a historic low of 72 to 1 U.S. dollar last December, many Russians rushed to stores to stock up on durable goods like cars and home appliances before the ruble dropped even more. Many companies reported record sales in Russia, some -- like Apple Inc. -- even suspending sales in the nation.

Experts predict the Russian GDP will shrink by 5 percent this year.

According to the Levada Research Center, 48 percent of Russians believe that it’s likely that Putin’s government can solve the nation’s economic problems.

Unstable markets have forced Russia liquidate a chunk of its foreign currency and gold reserves. The Central Bank’s reserve of about $600 billion has dwindled by more than $200 billion since 2008.

Despite all this, 86 percent of Russians support Putin’s economic policies, according to the Levada Research Center in Moscow.

In conclusion, sanctions and low oil prices have significantly affected Russia’s economy, but policies have not affected the Russian public’s opinion of Putin.

“We clearly can see from some of the statistics that Russian kitchen tables are being hit now by these policy choices that the Kremlin are making,” said Assistant Secretary of State for Europe Victoria Nuland at a hearing Tuesday.

“It is affecting lifestyles,” she continued. “That goes to the point that the Kremlin has prioritized their international adventure over the quality of life for their own people -- and at what point that has a political effect I think we have yet to see.”