The War on Crime: Part Deux 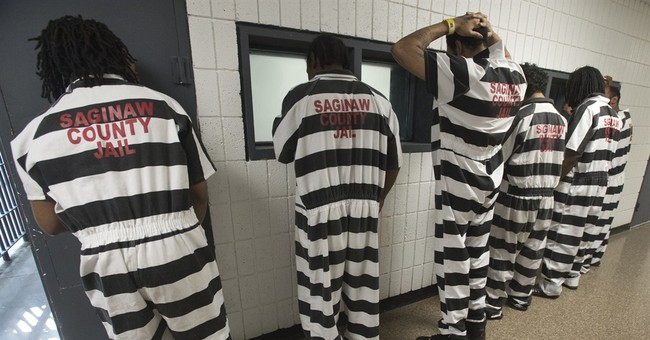 Criminal justice reform is the sleeper issue that could help redefine the Republican Party in 2016. Grover Norquist, president of Americans for Tax Reform, reports for the December issue of Townhall Magazine.

For the last year the political world revolved around the 2014 battle for control of the Senate. That was then. Now pundits are experiencing whiplash as they shift focus onto the 2016 presidential election.

The list of possible contestants is well known. Many of the issues are already framed: Repealing and replacing Obamacare, lower taxes, the Ryan Budget Plan, and ending the War on Energy.

But there is a new issue visible on the horizon that will give each of the would-be Republican presidential candidates an opportunity to present themselves in a different light, to show how they think, to appeal to non-traditional and conservative base audiences, and to lead on a national issue: criminal justice reform.

In the 1960s, ‘70s, and ‘80s, crime was a powerful issue. Democrats didn’t want to execute murderers. They told us murderers and rapists had “issues” and were themselves the victims of “root causes.” Victims were collateral damage. Gov. Mike Dukakis lost his 1988 presidential bid in part by giving furloughs to murderers sentenced by Massachusetts juries to what they thought was “life in prison without parole.”

Liberal judges were not taking crime seriously and state and federal legislators passed “mandatory minimum” laws taking away the much abused judicial discretion.

The wave of cocaine abuse and the new crack cocaine “epidemic” fueled real fears and liberal Democrats and conservative Republicans bumped into each other rushing to the television cameras to demand longer prison sentences.

The number of Americans behind bars rose from 501,000 in 1980 to 2.3 million today. Federal prisons hold 216,362 Americans. State prisons hold 1,362,028 Americans. And nearly 721,654 Americans are in local jails on any given day. This has driven up the costs of incarcerating felons to as much as 10 percent of many state budgets. The cost of keeping someone in a California prison for one year is $50,000. The 300,000 prison guards in America are often unionized. And pay, benefits, and pensions have grown dramatically.

In a story the media finds endlessly fascinating, it has been conservative Republicans who have led the campaign that asks: In order to reduce crime, what is the smartest way to use prison time, parole, and probation supervision and fines?

Texas Gov. Rick Perry and his Republican legislature have led the way in beginning to rethink criminal justice reform.

Those reforms led to a 12 percent reduction in incarceration at the same time crime dropped 22 percent. Perry, speaking at the 2012 Conservative Political Action Conference, said that his reforms have allowed Texas to shut three adult prisons and six juvenile detention facilities. By expanding proven alternatives to incarceration, such as drug courts that cost-effectively hold offenders accountable, Texas has avoided spending $2 billion on building prisons that were once projected to be needed and instead saved tens of millions by closing unnecessary lockups.

The Texas Public Policy Foundation and their criminal justice expert Marc Levin are now trying to spread the message about Texas’ success through their Right On Crime coalition, which seeks to reduce crime aggressively while keeping the costs to taxpayers low and being less destructive to the lives of those who do commit crimes.

Perhaps mandated minimum sentences are too long. After several decades of experience, can we look at how useful and how expensive they have been? Can we keep crime down with more aggressive monitoring of probation and parole, home arrest, and the wearing of ankle bracelets? Is prison the best way to fight a drug addiction? Would more certain punishment, but for shorter periods, be a greater deterrent to crime? And what do we ask/demand that prisoners do with their time behind walls that will reduce the likelihood they return to crime?

Some 95 percent of everyone sent to prison is eventually released back into society. How much of our money is spent preparing them to live honest and productive lives? Many states ban ex-felons from even getting an occupational license making it impossible for a former pot salesman to exit prison and become a cab driver or hair braider or any one of the hundreds of occupations that various states demand be licensed.

Legislation informed by the Texas efforts and Right On Crime, as well as the American Legislative Exchange Council, has passed in states from Georgia to Idaho to South Carolina and Mississippi. And national Republican leaders, including many who might wish to run for president, have taken leading roles in this “right on crime” rethinking of the criminal justice and prison systems. Indiana Gov. Mike Pence has enacted sentencing reform legislation and a bill that allowed many ex-offenders to clear their record after years of leading a law-abiding life.

Louisiana Gov. Bobby Jindal signed legislation in 2014 providing liability relief to employers who hire ex-offenders and creating a “cleansing period” through which crimes committed decades ago would no longer lead to enhancements for recent offenses, which had contributed to Louisiana having more than 2,000 inmates serving life in prison without parole despite never having committed a violent offense.

Moreover, many states are expected to continue this trend in 2015, including those such as Alabama, Utah, Michigan, and West Virginia where commissions and task forces are preparing major criminal justice reforms for the next legislative session.

Among the various issues currently before us and that will arise unexpectedly (who predicted Ebola or ISIS would play a role in 2014?), one is now clearly visible and offers a real test of how innovative and capable a candidate is of rethinking an old paradigm, the new and improved crime issue of criminal justice reform.