Trump's SCOTUS Pick: It's Down To These Three People 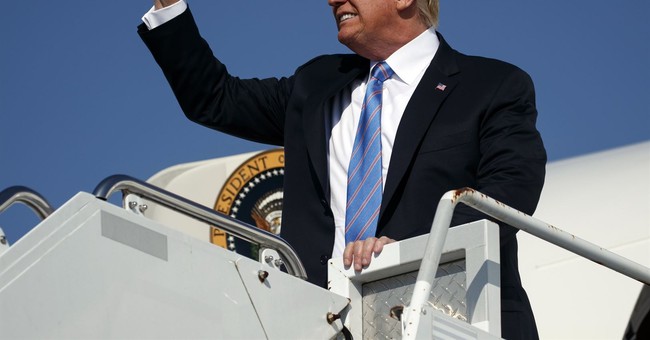 We have another name to add to the Supreme Court short list: Judge Raymond Kethledge of the Sixth Circuit Court of Appeals…reportedly. NBC News reported on this development. Judges Amy Coney Barrett and Brett Kavanaugh, who were supposedly the final two, are also on the list. Kethledge is 51 years old and a graduate of Yale Law School:

Those candidates are appeals court judges Brett Kavanaugh, Raymond Kethledge and Amy Coney Barrett, the source, who was not authorized to speak publicly, said.

Kavanaugh, 53, and Kethledge, 51, are both former law clerks to Kennedy, as was Neil Gorsuch, Trump's first Supreme Court nominee, who succeeded Antonin Scalia. Kavanaugh, also a veteran of George W. Bush’s White House, currently serves on the U.S. Court of Appeals for the District of Columbia.

All the judges Trump has selected, except for three, have been exemplary. Even President Obama’s former solicitor general has said so. Regardless, this will be a fight. Shortly after the close of the 2017 term, Justice Anthony Kennedy informed the White House that he’s retiring effective July 31. Democrats know that the Trump White House could firmly entrench a conservative majority on the Supreme Court for the next generation.

Some concerns were raised about Kavanaugh, who reportedly wrote a legal roadmap for the defense of Obamacare. An op-ed in the Federalist touched upon this, though another post said this was total nonsense. So far, the attacks from the Left have been fraught with hysteria or wildly inaccurate. Center for American Progress stepped on a rake trying to smear Judge Barrett for siding against a black worker for Autozone. In truth, Barrett wasn’t even on this Illinois district court from which the original decision was handed down. Now, these are just warm ups. Whoever will be selected should prepare for mountains of abuse from the Left.

In the meantime, Trump has made his decision. Will it be among these three? Will it be Judge Thomas Hardiman of the Third Circuit, who was also considered to fill the vacancy left by the late Justice Antonin Scalia? We’ll see. After whoever is picked on July 9, comes the usual vote count game—and things could get very dicey with Senate Republicans, who have to stick together. We’re already down one vote with McCain out. The watch over whether Sens. Collins (R-ME) and Murkowski (R-AK) bolt will begin, though we could get some help from red state Democrats; Manchin is probably the best bet. At the same time, this will also be a test on how tight Sen. Schumer’s grip is on his own caucus. Either way, the plan is to fill this vacancy before the midterms, with McConnell promising a final vote in October, just in time to remind GOP voters what’s at stake.