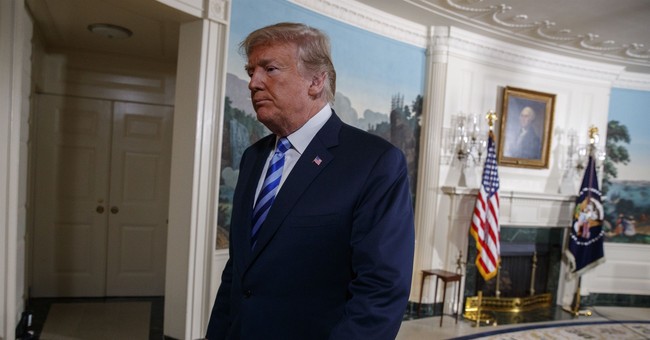 President Trump has been railing against the Russia investigation, calling it a witch hunt--and voters are starting to agree. The Russia probe launched by the Department of Justice, quarterbacked by Special Counsel Robert Mueller, and overseen by Deputy Attorney General Rod Rosenstein is increasingly being viewed as a political stunt, according to a new CBS News poll.

Nevertheless, three in four Americans still think President Trump should cooperate if he is asked to be interviewed as part of the Russia investigation, though this is a smaller proportion than thought so at the beginning of the year. In January, 84 percent said that Mr. Trump should cooperate, now 76 percent do.

The shift reveals a hardening stance among Republicans, who are now even more critical of the investigation. While a large majority of Republicans has always seen the investigation as politically motivated, the percentage that thinks so has risen seven points since December. There is an even larger shift when it comes to whether Republicans think Mr. Trump should cooperate with the special counsel. In January 73 percent said he should cooperate, but now just 53 percent do.

The investigation started as an FBI counterintelligence probe in July of 2016, signed off by FBI Agent Peter Strzok. Strzok was a time counterintelligence agent at the time, and engaged in an extramarital affair with bureau lawyer Lisa Page, with the two sending each other tens of thousands of texts. These communications were anti-Trump, pro-Hillary, and undercut the credibility of the FBI regarding this Russia probe and the email investigation into Hillary Clinton. In that case, the two mentioned how the bureau might be going too hard on the former first lady. Evidence of a possible breach in Mrs. Clinton’s email server was also presented to Strzok when the FBI was examining it. He did nothing about it. These texts were made known to Mr. Mueller last year; he had taken over the investigation upon appointment by Mr. Rosenstein after then-FBI Director James Comey was fired by President Trump. Strzok was removed from the Russia investigation in August of 2017 by Mueller and reassigned to human resources. Page recently resigned as a lawyer from the bureau.

Yet, there were oddities within this timeline. For starters, James Comey leaked memos from meetings he had with Trump to The New York Times upon his firing in the hopes that a special counsel would be appointed. He possibly leaked classified information in the process as well. In August of 2016, Page and Strzok had a meeting with “Andy,” a reference to disgraced former deputy FBI director Andrew McCabe, where they mention an “insurance policy” against Trump. It’s been heavily speculated that this is a reference to the infamous Trump dossier, which the Democrats funded. They contracted Fusion GPS, who then hired exp-MI6 spook Christopher Steele to compile dirt on Trump. This document was reportedly used to obtain a spy warrant against former Trump foreign policy adviser Carter Page.

Things get even more skeptical when you find out that top FBI officials met with members of Fusion GPS, including Mr. Steele, and didn’t disclose it. That happened to Bruce G. Ohr, the then-associate deputy attorney general and director of the Organized Crime Drug Enforcement Task Forces, he was demoted as a result; his wife, Nellie, worked for Fusion during the 2016 campaign.

Now, circling back to the Strzok-Page lovebirds, new texts show that the pair colluded to meet with a FISA judge presiding over Michael Flynn’s perjury case. Flynn was Trump’s short-lived national security adviser. Yet, things get even more interesting when texts between Page and Strzok also suggest of possible collusion between the FBI, Senate Democrats, the Obama White House, and CIA at the outset of the investigation. Is there anything to this? We’ll have to see, but there certainly is enough to warrant a special prosecutor to see if the doctrine of independence among the intelligence community was honored with these communications (via Fox News):

Newly uncovered text messages between FBI officials Peter Strzok and Lisa Page suggest a possible coordination between high-ranking officials at the Obama White House, CIA, FBI, Justice Department and former Senate Democratic leadership in the early stages of the investigation into alleged collusion between the Trump campaign and Russia…

…on August 25, 2016, Brennan went to Capitol Hill to brief Harry Reid — and it was unclear whether FBI officials attended the briefing, a congressional source told Fox News.

Strzok replied: “D [Comey] said at am brief that Reid called him and told him he would be sending a letter.”

Congressional investigators suggested that the Reid letter possibly provided “cover” for the fact that the FBI and Justice Department had already begun investigating the Trump campaign in mid-July on what they called “questionable ethical and legal grounds.”

All of this whipped into a frenzy by the liberal media, desperate to find a smoking gun that shows the Russians helped Trump win the election, and that the latter was all too accepting of the assist. There is no evidence to suggest collusion occurred. Over a year of investigating and there is still nothing, which means there is nothing. It’s an exercise in sour grapes. How could Hillary Clinton lose? It must’ve been for other reasons, not in the least bit that she was actually one of the weakest and most terrible candidates to ever run for the presidency. So far, we’ve indicted people, like Paul Manafort, for offenses unrelated to the 2016 campaign. Yes, there was the slate of indictments of Russians who created a troll farm, but one that had zero impact on the race. It’s a clown show. Period. And the more the media hypes up nothing burgers about it, the more people see it as a political rodeo. There may be something to further protecting our election processes from digital threats, hacking is not uncommon nowadays, but the focus is get Trump. That may not be the focus of the investigators, but that’s surely what the Democratic base want to be the ultimate conclusion.

Mueller also has Democrats on his team. That’s fine. After a year, this probe has found nothing concerning collusion—and when the final report is released and there is nothing to substantiate what’s becoming to be an increasingly shoddy allegation, Democrats can’t question it. Their people looked into it and found nothing. Oh, and as for the Mueller investigation charges filed against Manafort, a federal judge threw cold water onto whether this body could prosecute at all. For starters, he noted that the indictment was meant to pressure Manafort to flip (via WSJ) [emphasis mine]:

Judge T.S. Ellis suggested the charges before the U.S. District Court for the Eastern District of Virginia were just part of the Mueller team’s designs to pressure Mr. Manafort into giving up information on President Donald Trump or others in the campaign.

“The vernacular is ‘to sing,’” Judge Ellis said, adding that he had “been here a long time” and likening the strategy to prosecuting a drug case for higher-value information.

The judge appeared sympathetic to Mr. Manafort’s efforts to have the charges dismissed, without indicating he was inclined to do so.

Mr. Manafort has been indicted in separate cases in Washington and Virginia over work he did for Russian-backed politicians in Ukraine before the 2016 campaign. Prosecutors allege he failed to report that lobbying work and to pay taxes on millions of dollars in related income, and later falsely inflated his income to obtain $20 million in loans. Mr. Manafort has pleaded not guilty to the charges.

It’s maybe time to start closing up shop on this chapter of the 2016 election. It’s just become a drug for Clintonites to mainline and lose themselves into a partisan haze that has no bearing, and one that’s certainly not grounded in reality. She lost. It’s her fault. Now move on.