Federal Court: Why Yes, The Police Can Track Your Phone Without A Warrant 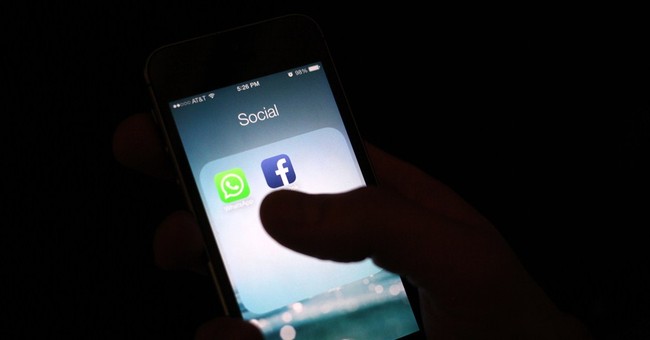 Data collection and tracking are getting their fair share of scrutiny from the courts, though not all opinions are favorable for those who wish to preserve Fourth Amendment protections and privacy. Last week, the 11th U.S. Circuit Court of Appeals ruled that the police don’t need warrant to track the cellphones of suspected felons (WSJ):

Police don’t need a warrant to track the cellphones of criminal suspects, a federal appeals court ruled on Tuesday, reversing an early decision in a closely watched privacy case.

The 11th U.S. Circuit Court of Appeals in Atlanta held that the government didn’t violate the privacy rights of a man convicted of a 2010 armed robbery spree and sentenced to life in prison.

The case is the latest digital-age test of the privacy protections of the Fourth Amendment right against unreasonable searches and seizures.

At issue in the ruling is a case that went to trial in 2012, where prosecutors presented cell tower location data that placed the defendant, Quartavius Davis, and his cohorts near the scene of the robberies. To obtain a court order for the records, covering a 67-day period, prosecutors didn’t need a search warrant backed by probable cause. They had just needed to show that the information obtained from a T-Mobile-owned prepaid wireless service was relevant and material their investigation.

However, a three-judge panel from the 11th Circuit ruled last year that the government, going forward, would have to get warrant to obtain such location data in criminal cases but it agreed to reconsider that decision with a full roster of judges participating.

In deciding the case on Tuesday, the full court said it balanced the degree to which the collection of location records intruded on privacy against the government’s interest in obtaining them.

A dissenting judge, Judge Beverly B. Martin, wrote, “The judiciary must not allow the ubiquity of technology—which threatens to cause greater and greater intrusions into our private lives—to erode our constitutional protections.”

Last March, it was reported that the CIA had worked with the Department of Justice, specifically the U.S. Marshals Service, to develop “dirtboxes” that tricks cellphones into mimicking cell towers, which transmits your registration information to law enforcement. The Wall Street Journal reported that these boxes would be equipped on planes that can cover most of the U.S. This program has been in development for decades, with one version being tested as early as 2004. Of course, there were constitutional questions with this development.

Now, the Justice Department said they will be more forthcoming about the dirtbox operations, and have launched a probe into how often law enforcement agencies utilize this technology

The Justice Department will start revealing more about the government’s use of secret cellphone tracking devices and has launched a wide-ranging review into how law-enforcement agencies deploy the technology, according to Justice officials.

The move comes amid growing controversy over the Justice Department’s use of such devices, some versions of which, as The Wall Street Journal reported last year, are deployed in airplanes and scan data from thousands of phones used by Americans who aren’t targets of investigations.

There are still many instances where law enforcement doesn’t get warrants before using the devices, sometimes called “IMSI catchers” and known by various names like Stingray, Hailstorm, and “dirtbox,” according to officials’ public statements. The agencies that use the devices within the Justice Department—the FBI, the U.S. Marshals Service and the Drug Enforcement Administration—each have different rules and procedures for their use.

The Justice Department review will determine how they should be used, officials said.

Federal law-enforcement and phone-company officials also have expressed concerns that some local police authorities were abusing a legal shortcut by submitting an inordinate number of requests for cellphone information, according to people familiar with the matter. A Baltimore police official, for example, told a local judge overseeing a murder case last month the department had used the devices at least 4,300 times dating to 2007. The judge ruled the use of the device in that case was permissible.

Law-enforcement officials say they aren’t interested in gathering large amounts of information with the devices and say their purpose is typically finding a single suspect in a sea of floating digital data. Privacy advocates say the methods amount to a digital dragnet—a silent ID check of untold numbers of innocent people who aren’t suspected of anything, or even aware their phones are being checked. The machines can also interrupt service on cellphones being scanned.

Local police departments must sign a nondisclosure agreement with the FBI before getting access to the technology—agreeing not to reveal details of how the technology works and to seek guidance from the FBI if questioned in court or elsewhere. As part of that agreement, police agencies acknowledge they may have to drop charges against suspects if prosecuting a suspect risks revealing information about the machines.

In contrast, the FBI doesn’t require or provide legal standards to police on best practices for how to use the devices, according to people familiar with the issue. Officials say that if a police department asks for advice on how they use the devices, the FBI will provide it.

Now, to the fans of former NSA employee Edward Snowden–I still don’t know how I feel about that guy–they might feel some vindication for his actions after the program he leaked to the world was ruled unconstitutional on May 7:

A federal appeals court in New York ruled on Thursday that the once-secret National Security Agency program that is systematically collecting Americans’ phone records in bulk is illegal. The decision comes as a fight in Congress is intensifying over whether to end and replace the program, or to extend it without changes.

In a 97-page ruling, a three-judge panel for the United States Court of Appeals for the Second Circuit held that a provision of the U.S.A. Patriot Act, known as Section 215, cannot be legitimately interpreted to allow the bulk collection of domestic calling records.

The provision of the act used to justify the bulk data program is to expire June 1, and the ruling is certain to increase tension that has been building in Congress.

It also comes as controversy over electronic surveillance is building in Europe, including a push in France to increase domestic spying and a decision by Germany to reduce cooperation on surveillance with the United States.

The ruling puts new pressure on Senator Mitch McConnell of Kentucky, the majority leader, to make serious changes to the Patriot Act, which he has so far aggressively defended against any alteration, even as recently as Thursday on the Senate floor. Mr. McConnell has pressed to maintain the N.S.A.’s existing program against bipartisan efforts to scale it back, and has proposed simply extending the statute by the June 1 deadline.

It’s a bit of an embarrassing time for intelligence community given that the legal team for Director of National Intelligence, James Clapper, recently said he “forgot” that the NSA program phone records program existed when he testified in 2013:

Director of National Intelligence Jim Clapper wasn’t lying when he wrongly told Congress in 2013 that the government does not “wittingly” collect information about millions of Americans, according to his top lawyer.

Just a few months later [after Clapper’s 2013 testimony], however, leaks from Edward Snowden proved Clapper wrong. As documents released by Snowden made clear, the NSA collects records about millions of Americans’ phone calls under a program the government has said is authorized by Section 215 of the Patriot Act.

After the fact, Clapper has said that his statement was the “least untruthful” possible answer, given the secrecy of the program at the time.

Certainly, we need to enforce the rule of law and protect our interests relating to national security. Yet, there’s probably a way to do it without setting the Constitution on fire. There are some who make the argument that such programs are permissible since they themselves are not doing anything wrong, namely planning a Jihad on the United States. As Milton Friedman once said about government in economic policy, “Nothing is so permanent as a temporary government program.” The same standard applies to government national security policy as well. If left unchecked, government power grow wielding powers that are possibly unconstitutional; it's inevitable.  This happens at a more accelerated rate when it comes to counter-terrorism policies.

We should all look forward to the reviews of both programs.