No Kidding: Slim Chance That Most Of Obama’s SOTU Proposals Become Law 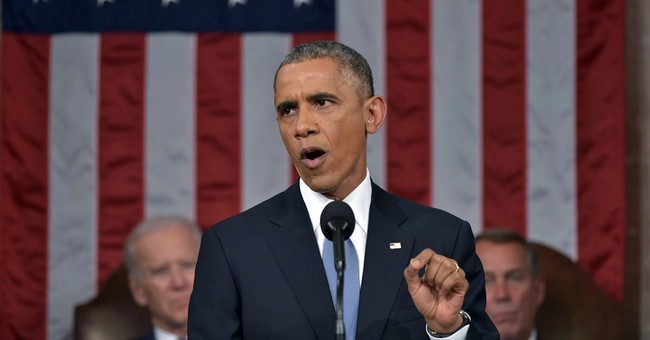 Free community college, tax hikes, and raising the minimum wage are probably dead in the water, but trade, cybersecurity, ISIS war authorization, Keystone, and infrastructure are still open to deal making. Repealing the medical device tax, tax reform, and tweaks to the Patriot Act are also on the table. Yet, just because they’re open for discussion doesn’t make these policies a slam-dunk win for Obama in a Republican-dominated Congress.

Here is where we head for rocky shoals on these proposals, according to the Hill.  Then again, they did rank these issues from most to least likely regarding becoming law.  Given the cool reception Democrats made at the State of the Union regarding trade–and it's noted here–we shouldn't hold our breath on that one either:

Yeah, so given these obstacles, we shouldn’t be surprised if the ship of state runs aground in enacting any substantive legislation this session. Measured optimism is probably the best way to look at this new Congress, if you’re one that hopes that something will get done.  While it's entirely possible that some of this stuff will pass both houses, we also have to factor in the multiple veto threats Obama has doled out in which case clinching 261 House members and 67 senators to override them is quite the hurdle.

Given that Obama had both chambers of Congress in Democratic control, his State of the Union proposals had a decent success rate; 50 percent were passed, including Obamacare. Now, with Republicans running the show, just 5 percent became law in 2013 and 14 percent in 2014, according to FiveThirtyEight.

How many of Obama's #SOTU proposals will become law? So far he's batting .235. http://t.co/Wa5q4rradz pic.twitter.com/mEHHul7hcv